Troubleshooters: Here's what to do if you've been a victim of unemployment fraud in Pa.

"I got an email notification about a claim being opened in my name," said Kevin Reiber of Northeast Philadelphia.
WPVI
By 6abc Digital Staff and Nydia Han 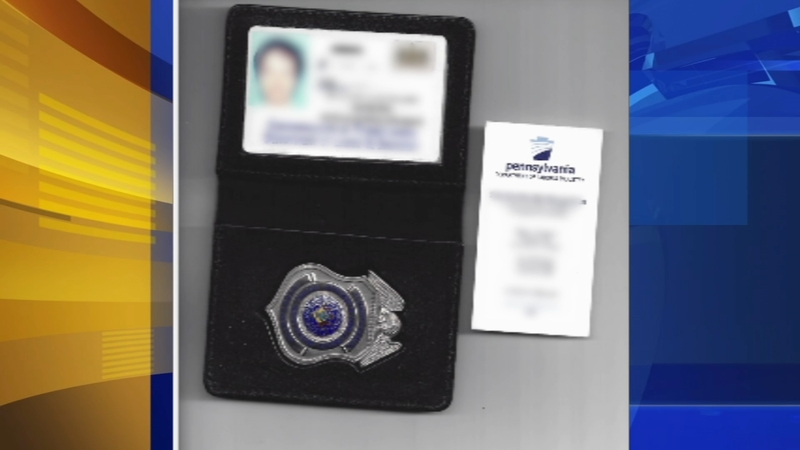 PHILADELPHIA (WPVI) -- Pennsylvania has a brand new system to apply for unemployment benefits.

It launched in early June and was supposed to be an improvement, but one of its convenience features appears to have opened up a new opportunity for fraud.

"I got an email notification about a claim being opened in my name," said Kevin Reiber of Northeast Philadelphia.

"I was alarmed that there was a claim that I hadn't put in. And on top of that, there was a bank account number listed for direct deposit that I don't recognize," he said.

Reiber says he called the Pennsylvania Office of Unemployment Compensation to file a fraud report, only to be put on a ticket waiting list number of 149,000.

"They were at about 115 at the time. So it's been about two months since I put the ticket in," Reiber added.

In the meantime, Reiber tells the Troubleshooters he got scammed again.

He says someone called him posing as a state official with a seemingly legitimate badge number, an official email address, and personal information about Reiber's work history.

"She asked me to email a picture of my ID, social security number, and recent bank statement," said Reiber. As soon as I hit the send button, I immediately panicked. I knew I had really messed up."

RELATED: While jobless claims are up, businesses still struggle to find workers

On Tuesday, Westtown-East Goshen Regional police sent out an alert about unemployment fraud.
Lower Makefield police are also sounding the alarm after seeing a spike in reports since the new unemployment application system launched in June.

"Since that time, we've had about 50 (reports)," said Lower Makefield detective Sergeant Brian Omlor. "Compare that to just 25 complaints for the first five months of the year before the new online filing system was installed."

Omlor says the first thing people should do if they find out that someone has fraudulently filed for employment benefits using their information is to report it to their local police department.

Secondly, file an online fraud report with the PA Office of Unemployment Compensation.

Reiber says many more Pennsylvanians are vulnerable until the system is fixed.

"There's a flaw in the system. I feel like the state has failed me and many other taxpayers. They pretty much gave up taxpayer personal information," he said.

To protect yourself as best you can, regularly check your credit reports for suspicious activity.

You can also see if your email or phone number was exposed in a data breach by going to this website.

"These fraudsters are not hacking into Labor & Industry systems and there is no breach of Labor and Industry's' new unemployment compensation system," said Secretary Jennifer Berrier with the Pennsylvania Department of Labor & Industry on Wednesday.

But the secretary provided no explanation for the spike in fraud complaints since the new system was installed.

Meantime, Pennsylvania says its current backlog of claims is under 300,000 and has advice for people experiencing issues with the identity verification system, ID.me.

"If you've used another federal government or state government service that utilizes ID.me, please login using the same information that you use with that agency," said Berrier.

The PA Department of Labor and Industry issued this statement to Action News :

While many types of fraud have existed throughout the history of UC, such as providing false wages, the recent increase in fraud attempts are tied to leaks of personal and confidential data, like Social Security numbers, from sources outside of state government. This USA Today article describes how hackers get someone's personal and confidential data from attacks on private companies and they often sell the information to scammers using the dark web.

The Pennsylvania Department of Labor & Industry (L&I) continues to work together with this task force, as well as other partners, including law enforcement agencies, the state treasury and the state attorney general, to identify fraud cases and hold those responsible accountable. L&I is also working with these agencies, the federal Department of Labor, and other states to identify and block new fraud methods to thwart attempts by fraudsters.

Common signs that a fraudulent unemployment claim has been filed in an individual's name include the individual receiving notification that a claim has been opened, as well as the individual's employer receiving notice of the opened claim. Additional tips on spotting fraud as well as other key information can be found in this press release from an event held by L&I and Pennsylvania Office of Attorney General (OAG) Chief Deputy Attorney General Brian Zarallo.

If an individual or employer receives documents that they think may be connected to a fraudulent UC claim, they can click the link at the bottom of benefits.uc.pa.gov to walkthrough the reporting process."