American Airlines said will cut jobs in October as it struggles with a sharp downturn in travel because of the pandemic.

In a few days, he'll be among roughly 40,000 airline workers whose jobs are likely to evaporate in an industry decimated by the coronavirus pandemic.

Unless Congress acts to help for a second time, United will furlough Comeaux on Thursday, cutting off his income and health insurance. Unemployment and the money made by his husband, a home health nurse, won't be enough to pay the bills including rent near Chicago's O'Hare International Airport.

"I don't have enough, unfortunately, to get by," said Comeaux, 31, who has worked for United for four years. "No one knows what's going to come next and how to prepare."

Since the pandemic hit, thousands of flight attendants, baggage handlers, gate agents and others have been getting at least partial pay through $25 billion in grants and loans to the nation's airlines. To receive the aid, companies agreed not to lay off employees through Sept. 30. That "Payroll Support Program" helped many stay on, and keep health care and other benefits.

It all runs out on Thursday.

With air travel down about 70% from last year, many carriers including United and American say they'll be forced to cut jobs without additional aid. Delta and Southwest, two other big carriers, tapped private capital markets and say they'll avoid layoffs.

"To my understanding, this is the steepest demand shock for commercial aviation in human history," said Morningstar aviation analyst Burkett Huey.

The International Air Transport Association on Tuesday lowered its full-year traffic forecast. The trade group for airlines around the world now expects 2020 air travel to fall 66% from 2019, compared to its previous estimate of a 63% decline.

Airlines in Europe are expecting years of trouble and have acted quickly to cut jobs even as they get government rescue loans.

Germany's Lufthansa won a 9 billion-euro government bailout, but announced an additional round of cuts after a summer bump in vacation travel dwindled in September. The company has parked its jumbo jets and has plans to eliminate 22,000 full-time positions. British Airways parent company IAG has said it would cut some 12,000 of its 42,000-person workforce.

In the U.S., Congress has been considering a second round of airline aid for weeks, but it's hung up in the debate over a larger national relief package. The Airlines for America trade group said a House proposal unveiled Monday raises some hope because Democrats and Republicans appear to be talking. Layoffs could be delayed if a deal is imminent.

Toni Valentine, 41, a United reservations agent in Detroit who has been with the airline for 15 years, has been told she'll be laid off this week. She has six children ranging in age from 2 to 22, and her husband can't work because he's recovering from a massive stroke.

"Knowing that I may not have insurance benefits, I feel like I have failed," she said on a conference call set up by the Machinists Union. "I'm the primary breadwinner in this family."

Before the pandemic, the airlines were thriving. Planes were full, profits were fat and workers were getting big overtime checks. That helped Valentine, who said she worked 80 hours per week but still was barely making it after her husband's illness.

Now, her 19-year-old son has dropped out of college to help support the family, she said. "We're crying for help and no one is hearing," she said.

Tevita Uhatafe also was a big beneficiary of overtime pay, working 60 hours a week hauling baggage and loading airplanes for American Airlines in Dallas. He and his wife, who holds the same fleet service job, earned enough to buy a house and purchase a new car in January.

Then came the pandemic. Overtime went away. Uhatafe and his wife cut expenses and staggered their shifts so one could stay home to supervise remote learning for two sons and a niece.

But come Thursday, they both are likely to get only part-time hours, meaning their household income could be halved. "We can't afford our mortgage, our car payment, our other utilities," he said.

They also fear they won't be able to make health care copays and deductibles. They've looked for jobs, but in a market with high unemployment "there really isn't anything out there for us right now," Uhatafe said.

Allie Malis, an American Airlines flight attendant in Washington, D.C., also faces layoff Thursday. "At this point I don't have a Plan B," she said.

With early retirements and other incentives to quit, U.S. airlines have already shed about 45,000 jobs during the pandemic, or 48,000 including cargo carriers. Government figures are only available through July, however.

Compare that to the first six months after the Sept. 11, 2001, terror attacks, when passenger and cargo airlines cut more than 90,000 jobs, and employment drifted lower for the next two years.

Two decades later, airline employment still had not fully recovered. Malis said American didn't hire any new flight attendants until 2013 because it was still calling back those who were laid off.

While job losses in the airline industry since the pandemic could be about 20% of the total workforce when accounting for the next round of cuts, there are other sectors feeling even more pain, including the restaurant, bar and hotel businesses. From February, before the coronavirus took hold in the U.S., through August, those businesses shed nearly 5.8 million jobs, or around 22% of the total number employed, according to federal statistics.

Flight attendants likely will be the hardest hit if the airline layoffs come this week because there are over 25,000 of them, more than any other job in the industry, said Savanthi Syth, an airlines analyst for Raymond James.

Pilots may not be affected as much because airlines want to avoid the cost of retraining them once they're in a position to rehire. On Monday, United Airlines pilots ratified an agreement that the union and the airline say will avoid about 2,850 furloughs set to take effect later this week, and another 1,000 early next year.

It's anyone's guess when or even if air travel will recover from the pandemic and if airlines can fly through the turbulence. Morningstar expects a vaccine to be available by the end of this year with widespread distribution by the middle of 2021, but recovery could still take years.

Comeaux holds out hope that his union, the Association of Flight Attendants, can successfully lobby Congress for help in the next few days. Many United flight attendants, he said, took special leaves with no pay to preserve jobs for others.

"How long is it going to take for us to get back up and going?" he asked. "That's the really difficult part."

Airlines forced to pay over $600M in flight refunds 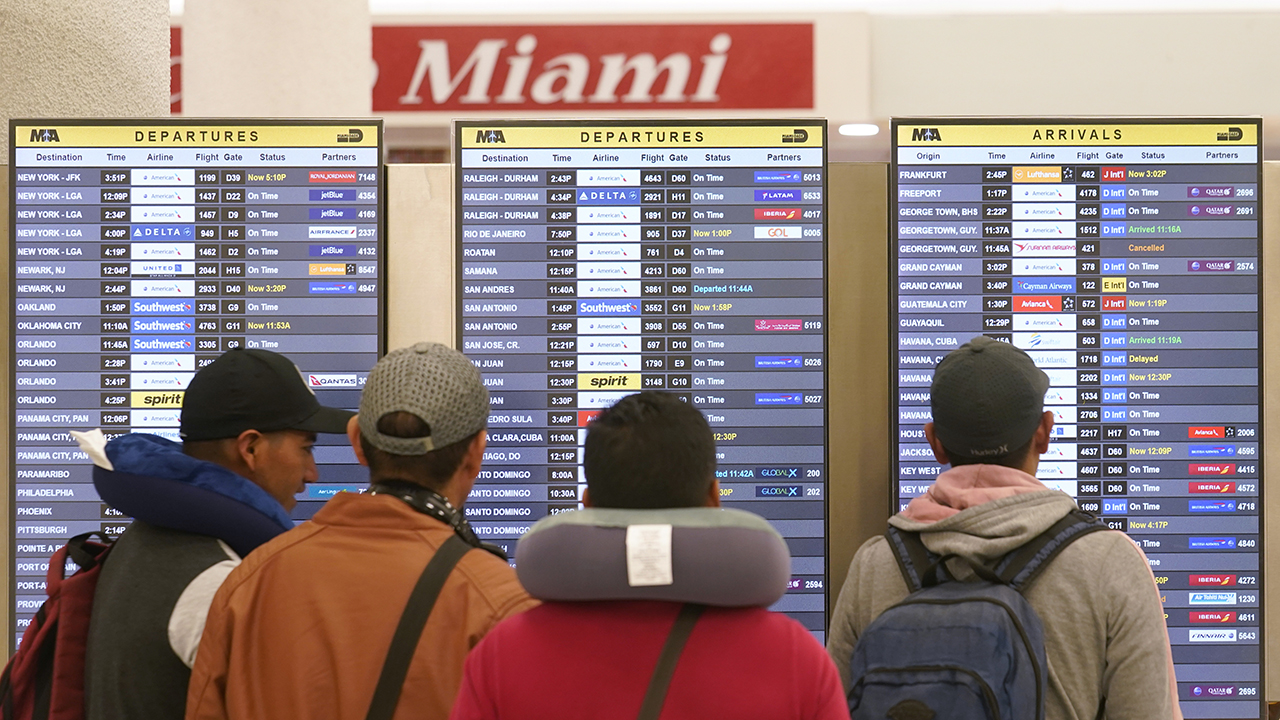 Expert insights to save time, money on Thanksgiving, Christmas travel 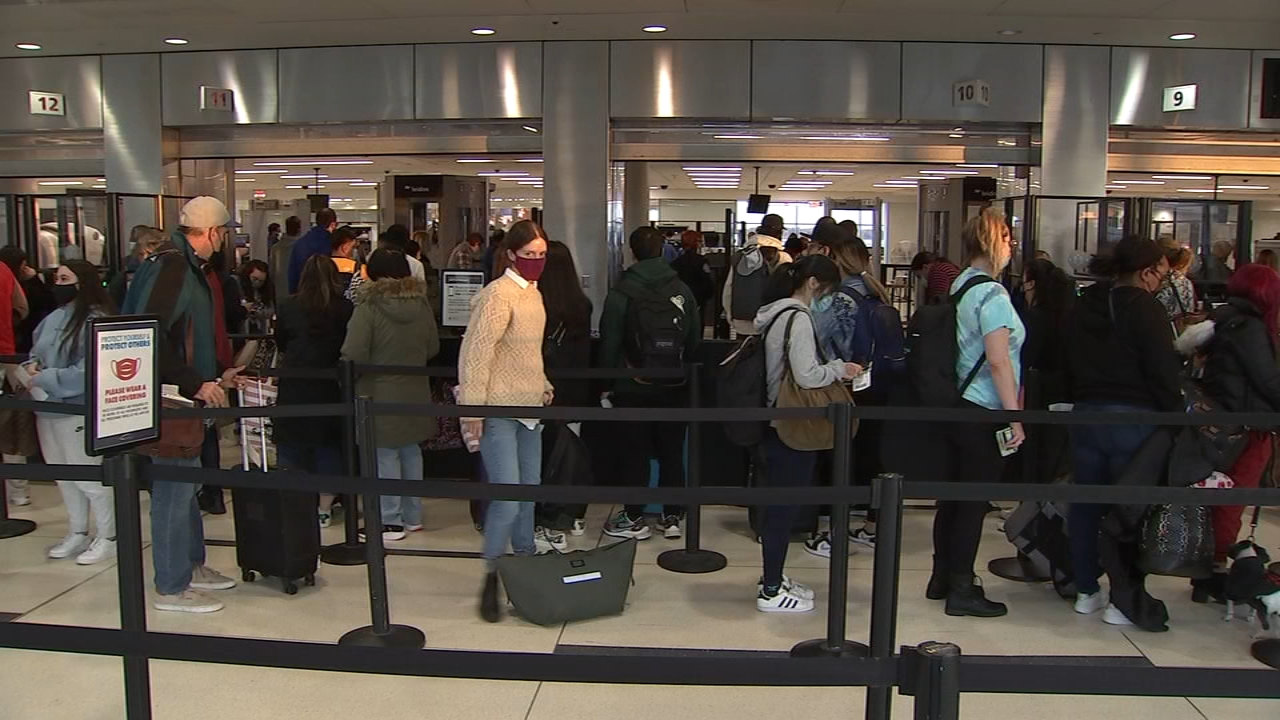 What you need to know today about holiday travel