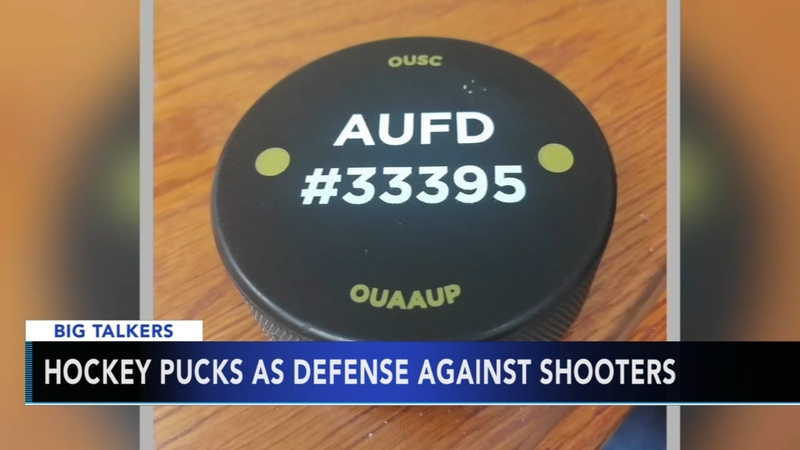 ROCHESTER, Michigan (WPVI) -- A university in Michigan has come up with its own way of protecting faculty and students from active shooters.

It's arming them with hockey pucks.

WXYZ-TV reports, campus police at Oakland University were trying to come up with ways to be prepared to fight back.

They decided on hockey pucks -- they're heavy, small enough to carry in backpacks or in your pocket and can do some harm.

"If you threw it at a gunman it would probably cause some injury, it would be a distraction if nothing else," said Oakland University Police Chief Mark Gordon.

But as you can imagine, some students are skeptical.

"At first I find it absurd. What good will it do," said third year student Adam Kalajian. "I mean, there's an armed person coming in. Why would you chuck a puck at them? What's it going to do? Nothing."

Still, the university police chief says, so far, 800 faculty members have received pucks and an additional 1,700 will be distributed to students.