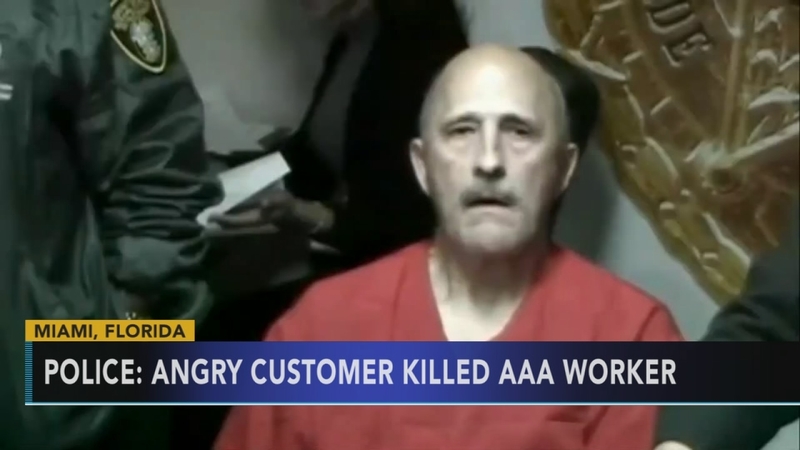 MIAMI -- A 63-year-old Florida man who became irate over the response time for service on his dead car battery is accused of fatally shooting a service technician from AAA.

An arrest report says Jesus Esquivel got into an argument over the phone with a service technician about the length of time it was taking to get to his house. The driver asked his bosses to have another driver sent to Esquivel's house. The company dispatched Hernandez.

Hernandez died at the scene.

Esquivel is being held without bond on a second-degree murder charge. A lawyer isn't listed on jail records.