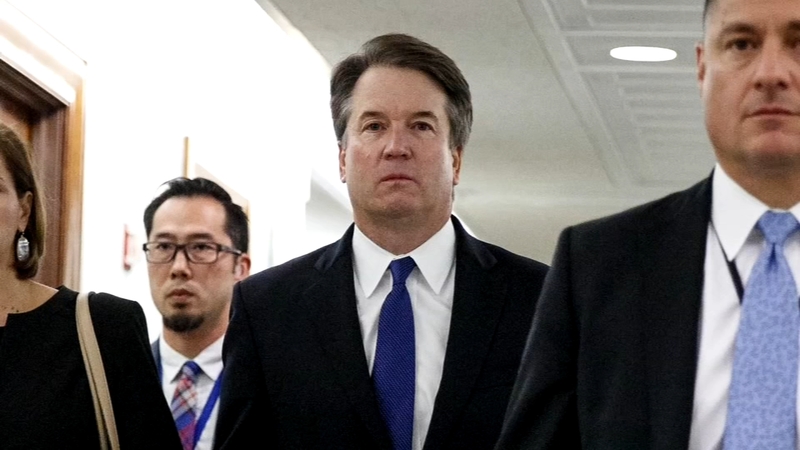 The FBI is continuing its time-limited investigation into Supreme Court nominee, Brett Kavanaugh.

Supreme Court nominee Brett Kavanaugh was accused of throwing ice at a man during an altercation at a bar while in college.

A report released Tuesday by police in New Haven, Connecticut, says Kavanaugh was questioned after the 1985 incident but wasn't arrested.

The report says 21-year-old Dom Cozzolino told police that Kavanaugh threw ice at him for "some unknown reason." Cozzolino said he then got hit on the ear with a glass.

A witness told police the man who threw the glass was Chris Dudley, Kavanaugh's close friend.

Chad Ludington, another Yale classmate, told The New York Times the altercation happened while they were drinking at a bar after a concert.

The White House noted that Kavanaugh wasn't arrested or charged and questioned the incident's relevance.

Chad Ludington, former Yale classmate of Kavanaugh said, "There were certainly many times when he could not remember what was going on."

On CNN, Ludington alleges Kavanaugh instigated a bar fight in college that ended with a mutual friend in jail.

It is unclear how much FBI investigators are looking into this incident or Kavanaugh's drinking habits generally, But Ludington says he has heard from the FBI.

His accusers say Kavanaugh was drunk during the alleged assaults. But Kavanaugh testified he never blacked out from drinking and he vehemently denies the accusations.

Senate majority leader Mitch McConnell says the senate will vote on his nomination this week. But there are a group of moderate republicans withholding judgement until the investigation is complete.