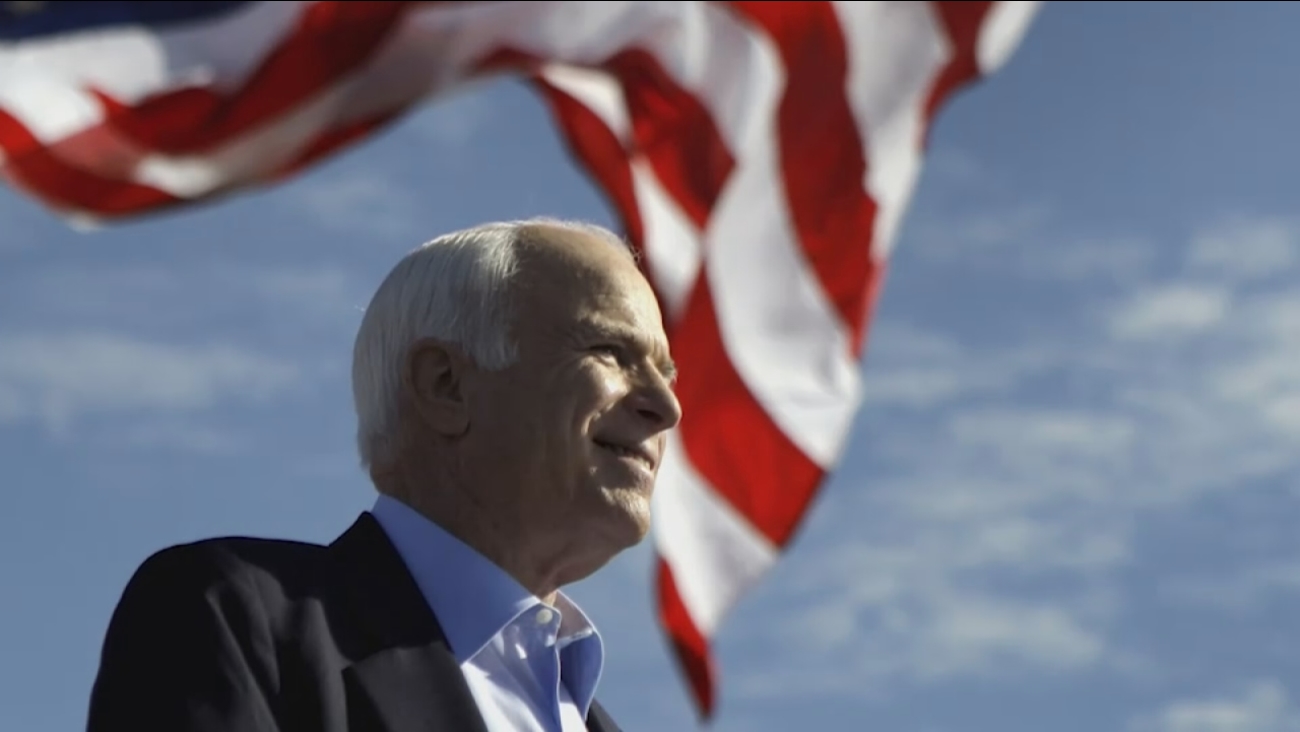 WASHINGTON -- Republican Sen. John McCain has returned home to Arizona after being hospitalized for a viral infection while battling brain cancer and will miss a crucial Senate vote on the GOP tax package, his office said Sunday.

The 81-year-old senator will undergo physical therapy and rehabilitation at the Mayo Clinic in the state after spending several days at Walter Reed National Military Medical Center in Maryland. In a brief statement, the office provided an assessment from Dr. Mark Gilbert, chief of neuro-oncology at the National Institutes of Health's National Cancer Institute.

"Senator McCain has responded well to treatment he received at Walter Reed Medical Center for a viral infection and continues to improve," Gilbert said. "An evaluation of his underlying cancer shows he is responding positively to ongoing treatment."

McCain expressed appreciation for his care and the outpouring of support and, according to his office, "looks forward to returning to Washington in January."

Now in his sixth Senate term, McCain underwent surgery in mid-July to remove a 2-inch (51-millimeter) blood clot in his brain after being diagnosed with glioblastoma.

His daughter Meghan McCain tweeted Sunday: "My father is doing well and we are all looking forward to spending Christmas together in Arizona."

Earlier in the day, President Donald Trump told reporters he had spoken to McCain's wife, Cindy.

Republicans hold a slim 52-48 majority in the Senate, and McCain and Sen. Thad Cochran, R-Miss., missed votes last week. The 80-year-old Cochran had a non-melanoma lesion removed from his nose earlier this week. He is expected to vote on the tax bill.

Republicans secured the support of Florida Sen. Marco Rubio and Tennessee Sen. Bob Corker last Friday for the tax measure, and they are poised to pass the bill by a narrow margin in the face of unified Democratic opposition. As a backstop, Vice President Mike Pence would be available to break a tie.

A vote is expected in the House on Tuesday and the Senate on Wednesday. If approved, the measure would head to Trump for his signature on what will be his first major legislative accomplishment since taking office 11 months ago.

After his summer surgery, McCain rebounded quickly, returning to Washington and entering the Senate on July 25 to a standing ovation from his colleagues.

In a dramatic turn, he cast a deciding vote against the Republican health care bill - a move that drew the wrath of Trump and conservatives. McCain's vote scuttled the seven-year effort by the GOP to dismantle much of President Barack Obama's health care law.

But McCain's condition has appeared to worsen in recent weeks. He suffered a minor tear in his right Achilles tendon, forcing him to wear a walking brace. McCain eventually began using a wheelchair, with members of his staff pushing him where he needed to go.

As a Navy pilot, McCain lived through a July 1967 fire that killed 134 sailors aboard the aircraft carrier USS Forrestal in the Gulf of Tonkin during the Vietnam War. The following October, his plane was shot down during a bombing mission over Hanoi. He spent more than five years as a prisoner of war. McCain also has survived several bouts with melanoma, a dangerous skin cancer
------
Send a breaking news alert to Action News
Report a correction or typo
Want to comment?
Learn more about the 6abc apps
Related topics:
politicssenateu.s. & worldcancerjohn mccain
Copyright © 2022 by The Associated Press. All Rights Reserved.
TOP STORIES
What is monkeypox? What to know after US confirms 1st 2022 case
Delco bus driver accused of taking upskirt photos of students
Rise in brazen thefts force convenience stores to close
5 people shot in North Philadelphia near Temple University
Ford recalls SUVs due to engine fire risk
Newlyweds mark big day with fiery stunt
Video shows gunman wanted for shooting pregnant woman in West Philly
Show More
Grand jury indicts man in Buffalo supermarket shooting
Travel experts anticipate transportation rebound Memorial Day weekend
AccuWeather: Heating Up Next Few Days
Oz, McCormick locked in tight race. Could a recount be triggered?
1st monkeypox case in US this year reported in Massachusetts
More TOP STORIES News