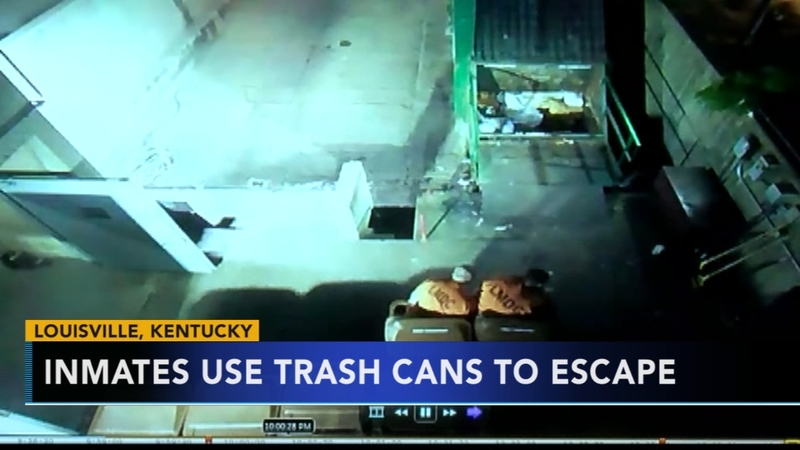 Inmates use trash cans to escape

Justin Stumler and Jeremy Huntare were seen on surveillance video Saturday night jumping out of the cans and then making a break for it.

Police captured Stumler Monday following tips from the community, and Hunt was apprehended a few hours later after a car chase.

They are both back in police custody.

Before the escape, the two men were in minimum security working in the jail kitchen.