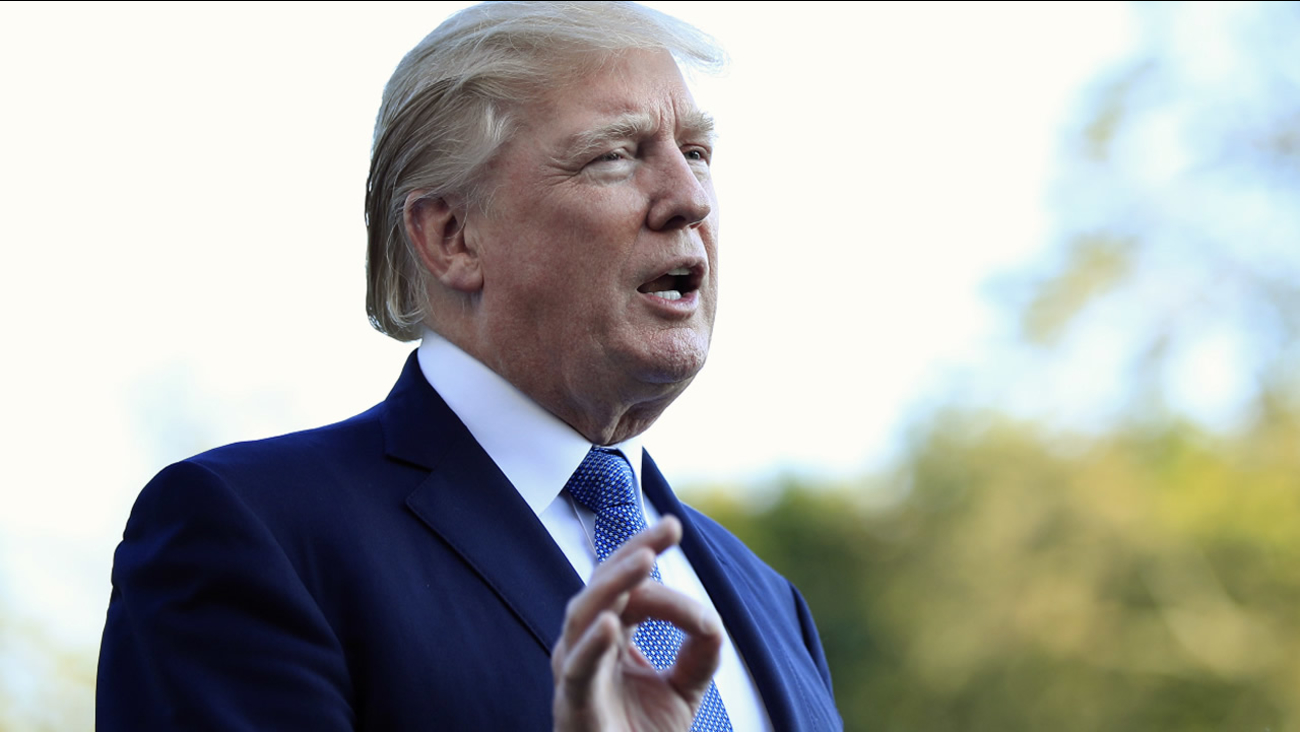 WASHINGTON -- Promising big tax cuts and a booming economy, President Donald Trump and congressional Republicans unveiled the first major revamp of the nation's tax code in a generation Wednesday - a sweeping, $5 trillion plan that would deeply cut levies for corporations, simplify everyone's brackets and nearly double the standard deduction used by most Americans.

Trump declared repeatedly the plan would provide badly needed tax relief for the middle class. But there are too many gaps in the proposal to know how it actually would affect individual taxpayers and families, how it would be paid for and how much it might add to the soaring $20 trillion national debt.

There clearly would be seismic changes for businesses large and small, with implications for companies beyond U.S. borders. The American middle-class family of four could take advantage of a heftier child tax credit and other deductions but face uncertainty about the rate its household income would be taxed.

"Under our framework, we will dramatically cut the business tax rate so that American companies and American workers can beat our foreign competitors and start winning again," Trump boasted at a speech in Indiana.

"Each of these proposals would result in a massive windfall for the wealthiest Americans and provide almost no relief to middle-class taxpayers who need it most," Senate Minority Leader Chuck Schumer, D-N.Y., said at the Capitol.

Some Republicans, once fiscally demanding but now desperate for a legislative win after a yearlong drought, shrugged off the specter of adding billions to the federal deficit. Failure on taxes, after the collapse of health care repeal, could cost the GOP dearly in next year's midterm elections with its House majority at stake.

"This is a now-or-never moment," said House Speaker Paul Ryan, R-Wis., who built his reputation on tax and budget issues.

Likewise, Trump said in Indianapolis, "This is a once in a generation opportunity."

But the bitterly divided, Republican-led Congress faces critical decisions on eliminating or reducing tax breaks and deductions, with the GOP intent on producing a package without Democratic votes by year's end. The last major overhaul in 1986 was bipartisan, and Trump was courting Democrats. One vulnerable incumbent, Indiana Sen. Joe Donnelly, accompanied the president on his trip to Indianapolis.

Trump and the architects of the Republican plan insist that the overhaul is aimed squarely at benefiting the middle class and wouldn't favor the wealthy. Still, a cut in the tax rate for Americans making a half-million dollars or more would drop by almost 5 percentage points as the wealthiest sliver of the nation reaped tremendous benefits.

Corporations would see their top tax rate cut from 35 percent to 20 percent. For a period of five years, companies could further reduce how much they pay by immediately writing off their investments. That's all part of an effort that Trump said would make U.S. businesses more competitive globally.

The plan would collapse the number of personal tax brackets from seven to three.

The individual tax rates would be 12 percent, 25 percent and 35 percent - and the plan recommends a surcharge for the very wealthy. But it doesn't set the income levels at which the rates would apply, so it's unclear just how much change there might be for a typical family or whether its taxes would be reduced.

"My plan is for the working people, and my plan is for jobs," Trump told reporters at the White House. "No, I don't benefit. ... I think there's very little benefit for people of wealth."

Reopening the debate over economic inequality that rippled through the 2016 presidential campaign, the Republicans' defense of the plan was met with scorn on the opposite side.

In the absence of details on the plan's cost, one back-of-the-envelope estimate by a Washington budget watchdog estimated the tax cuts at perhaps $5.8 trillion over the next 10 years. The Committee for a Responsible Federal Budget analysis said Republicans had only identified about $3.6 trillion in offsetting revenues, meaning the cost to the federal deficit could be in the $2.2 trillion range.

That's more than the $1.5 trillion debt cost allowed under a tentative agreement by Republicans on the Senate Budget Committee - and the real battles will come as lawmakers quarrel over which tax breaks might be eliminated to help pay the balance.

The plan would nearly double the standard deduction to $12,000 for individuals and $24,000 for families. This basically would increase the amount of personal income that is tax-free.

Deductions for mortgage interest and charitable giving would remain, but the plan seeks to end most other itemized deductions that can reduce how much affluent families pay.

A battle is already brewing among Republicans over a move to eliminate the deduction for state and local taxes, which is especially valuable to people in high-tax states such as New York, New Jersey and California. Republicans from those states are vowing to fight it.

The plan also would:

-Seek to help families by calling for an increased child tax credit and opening it to families with higher incomes. The credit currently is $1,000 per child. Also proposed is a new tax credit of $500 to help pay for the care of the elderly and the sick who are claimed as dependents by a taxpayer.

-Eliminate the estate tax - paid by those with multimillion-inheritances, a boon for wealthy individuals who inherit businesses, investments and real estate. Also slated for elimination is the alternative minimum tax, a supplemental tax for certain individuals, corporations and estates that enjoy exemptions that lower their income tax bills.

-Give new benefits to firms in which the profits double as the owners' personal income. They would pay at a 25 percent rate, down from 39.6 percent. This creates a possible loophole for rich investors, lawyers, doctors and others; administration officials say they will design measures to prevent any abuses.