Sheriff: Rite Aid warehouse shooter may have been mentally ill 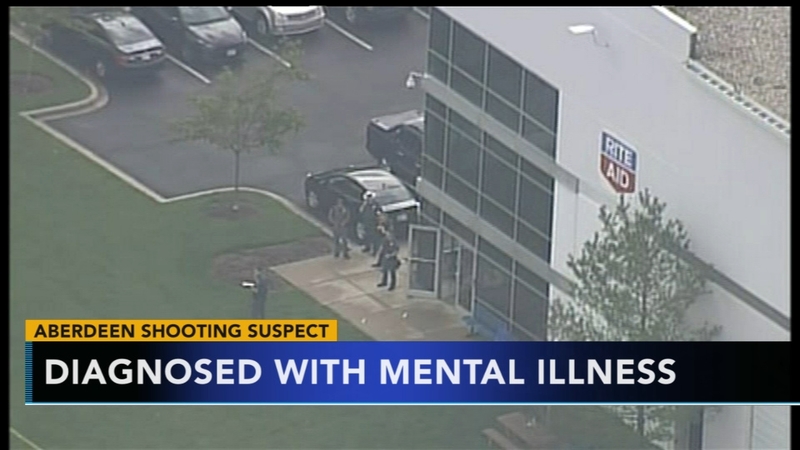 Sheriff: Warehouse shooter may have been mentally ill

ABERDEEN, Md. -- Investigators have found evidence that the woman who killed three people and wounded others before killing herself at a Maryland drugstore warehouse was suffering from a mental illness, a law enforcement official said Friday.

Harford County Sheriff Jeffrey Gahler told news reporters Friday that the suspect, 26-year-old Snochia Moseley of Baltimore County, had been diagnosed with a mental illness in 2016. "That's as far as I'll go with it," he said, declining to give any more details on her mental state.

He said in recent weeks Moseley had become increasingly agitated, and relatives had been concerned for her well-being.

Gahler said she used a handgun that she legally purchased in March to fire a total of 13 rounds on Thursday morning, and died after shooting herself twice in the head - once with a grazing wound and again with the fatal shot.

He also gave more details about how the violence unfolded.

Moseley had been hired for the holiday season and had been working there for less than two weeks. She entered the building at 6:30 a.m. As people lined up to come in the building, Gahler said she cut in line and words were exchanged, but it was a "little incident." She left around 7:21 a.m. Moseley, who had worked security jobs in the past, drove to her White Marsh home and got a handgun, pepper spray and handcuffs. She arrived back at the parking lot around 8:35 a.m. and entered the front door around 8:52 a.m.

He says she pulled a hooded shirt over her head and began shooting, striking a man outside the building. Inside, where there were about 65 people, she fatally struck two women and shot three other people who have survived. She shot herself twice before police arrived, he said - once with a grazing wound and then with the fatal shot. She was already down when officers arrived and an officer moved her from the scene, not knowing that she was the shooter, he said.

Gahler said Moseley used a Glock 9mm handgun she had legally purchased in March. When asked how she could legally buy a gun after being diagnosed with a mental illness, officials said it had not been determined that she had a "propensity for violence to self or others."

The sheriff said the motive is still a mystery and may remain so.

"There's just no way to make sense of something so senseless," he said. "There's still a lot of questions that we don't know."

A witness said Thursday that the shootings followed an argument and sent survivors screaming and running in all directions from the Rite Aid distribution center in northeastern Maryland. Others nearby helped the wounded, and one person tied blood-soaked jeans around an injured man's leg trying to stanch the bleeding.

The attack came nearly three months after a man with a shotgun attacked a newspaper office in Annapolis, Maryland, killing five staff members. Authorities accused Jarrod W. Ramos of attacking The Capital Gazette because of a longstanding grudge against the paper. It came less than a year after a fatal workplace shooting less than 10 miles (16 kilometers) from the warehouse, in which five were shot, three fatally.

Harford County Executive Barry Glassman said that, unfortunately, shooting like this are "becoming a too-often occurrence" in the nation.