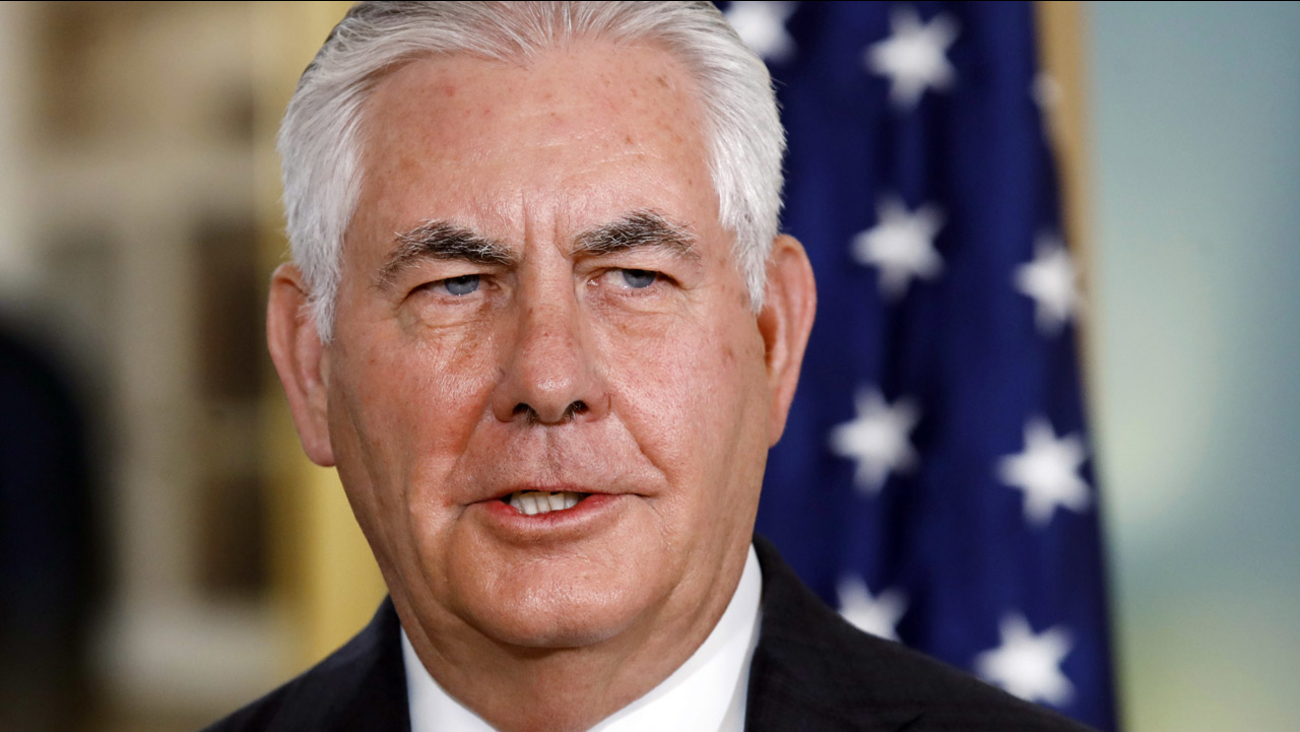 WASHINGTON -- The White House is discussing a plan to replace Secretary of State Rex Tillerson with CIA director Mike Pompeo.

That's according to two administration officials. They were not authorized to publicly discuss internal thinking and spoke on condition of anonymity.

U.S. officials and individuals familiar with White House plans have spoken about the possibility of a broad shakeup in President Donald Trump's national security team. But the timing of such a change is unclear.

Also unclear is whether Pompeo has been approached about the Cabinet reshuffle, but another administration official said he is open to taking the job.

A senior administration official who spoke recently with Tillerson says the former Exxon Mobil CEO felt secure in his position and was focused on his State Department reorganization and other diplomacy matters.
----------