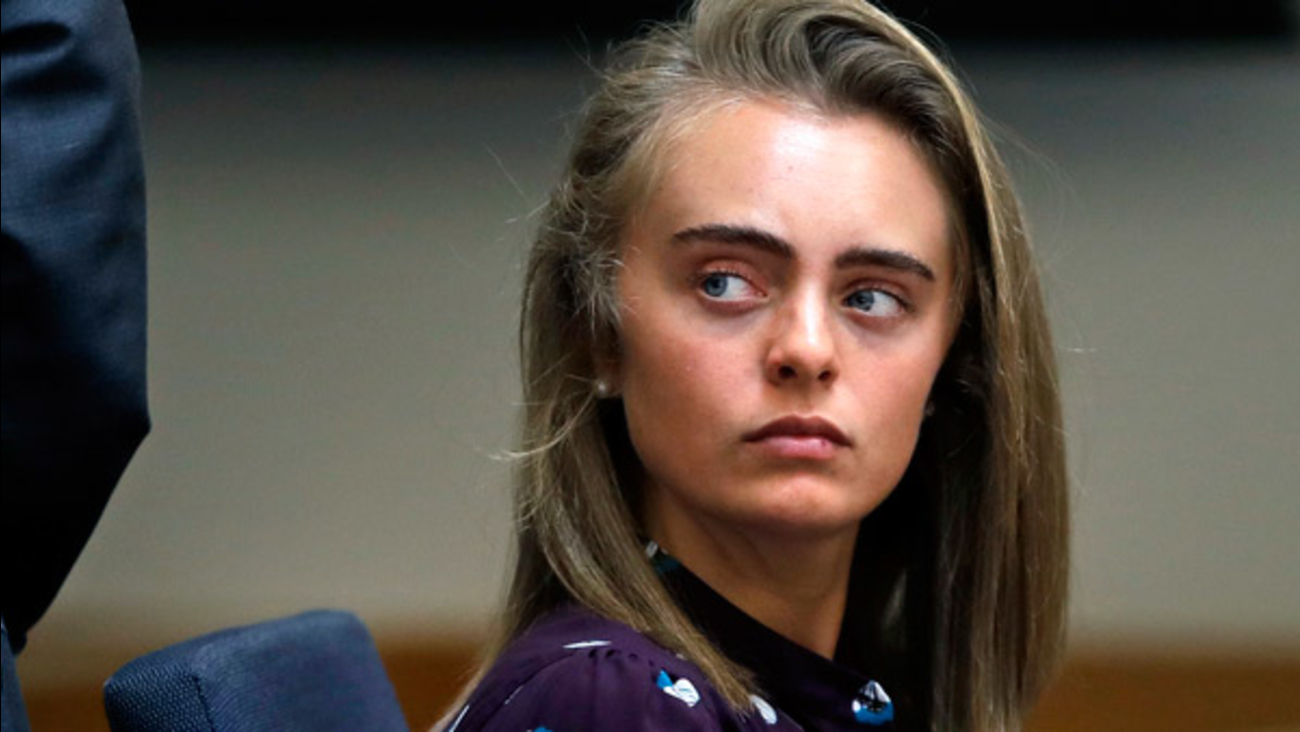 TAUNTON, Mass. -- Two state troopers who investigated the death of a teenager prosecutors say was coaxed into killing himself through dozens of text messages from his girlfriend testified Thursday that the couple often discussed suicide.

Sgt. Michael Bates reviewed thousands of text messages between Michelle Carter and Conrad Roy III, who rarely saw each other in person even though they lived just 35 miles apart and communicated through texts and phone calls.

Carter, who was 17, sometimes suggested ways Roy, 18, could kill himself, the troopers said at Carter's involuntary manslaughter trial in Taunton juvenile court.

In one message, Carter wrote: "Hang yourself, jump off a building, stab yourself idk there's a lot of ways."

When Roy texted Carter that "I keep regretting the past it's getting me upset," her response was: "Take your life?"

Bates said under cross-examination that there were also texts in which Carter had tried to help Roy.

The prosecution rested Thursday after the troopers and the pathologist who conducted the autopsy on Roy's body testified.

Roy was found dead in his pickup truck in July 2014 in a store parking lot in Fairhaven.

Carter, who's now 20, pressured him to kill himself through a series of texts and phone calls, prosecutors allege.

But Carter's lawyer, Joseph Cataldo, says no crime was committed. He says Roy had a history of depression, had previously attempted suicide and was entirely responsible for his own death. He says Carter's texts are protected free speech.

The pathologist, Dr. Faryl Sandler, testified that Roy had no alcohol or illicit drugs in his system, just lethal amounts of carbon monoxide and prescription antidepressants.

Sandler also testified that it would take about 20 minutes for someone to succumb to carbon monoxide poisoning, backing the prosecution's assertion that Carter had plenty of time to persuade Roy to get out of the truck or to alert his family and police.

Under cross-examination by Carter's attorney, however, Sandler acknowledged that she listed suicide as the cause of death on Roy's death certificate.

The prosecution also played two videos found on Roy's computer he had made about a month before his death in which he explained his inner turmoil.

In one, he called himself a "minuscule, little particle on the face of this earth" and "no good trash." But he also expressed hope, calling himself "nice and caring" and saying "Look at me. I've got nice teeth. I've got a nice smile."

The case is being heard without a jury. Cataldo indicated that he planned to make the standard move of asking the judge to grant a not guilty verdict on Friday. If that motion is rejected, the defense plans to start presenting witnesses.
----------
Send a breaking news alert
Report a correction or typo
Learn more about the 6abc apps
Related topics:
suicidetextingteenageru.s. & worldteenagers
Copyright © 2022 by The Associated Press. All Rights Reserved.
TOP STORIES
What is monkeypox? What to know after US confirms 1st 2022 case
Delco bus driver accused of taking upskirt photos of students
Rise in brazen thefts force convenience stores to close
5 people shot in North Philadelphia near Temple University
Ford recalls SUVs due to engine fire risk
Newlyweds mark big day with fiery stunt
Video shows gunman wanted for shooting pregnant woman in West Philly
Show More
Grand jury indicts man in Buffalo supermarket shooting
Travel experts anticipate transportation rebound Memorial Day weekend
AccuWeather: Heating Up Next Few Days
Oz, McCormick locked in tight race. Could a recount be triggered?
1st monkeypox case in US this year reported in Massachusetts
More TOP STORIES News