'10 Most Wanted' fugitive caught in Chester 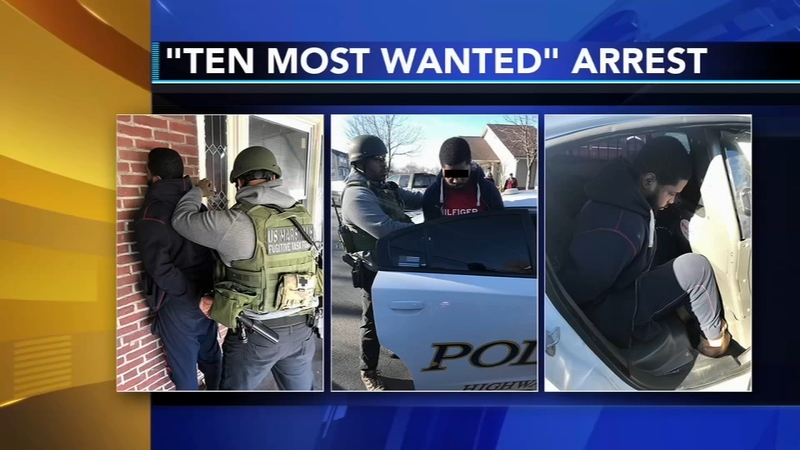 '10 Most Wanted' fugitive arrested in Chester

CHESTER, Pennsylvania (WPVI) -- One of Pennsylvania's "10 Most Wanted" is now off the streets.

They caught Blue thanks to an anonymous tip.

Members of the Marshals Fugitive Task Force, Chester Police, and Delaware County Criminal Investigative Division (CID) investigators surrounded a home in the 2900 block of West 12th Street where they believed Blue to be hiding.

After Marshals knocked and announced their presence, they said Blue attempted to jump from a rear window but was quickly met by investigators surrounding the property.

Marshals then entered the home and, after a brief struggle, Blue was placed into custody.

Authorities believe the home belongs to a male associate of Blue.

Blue was wanted for a murder at 58th and Thompson streets in West Philadelphia that took place on January 4, 2017. Authorities said, following a verbal argument, Blue shot a 29-year-old man in the neck and then fled the scene.