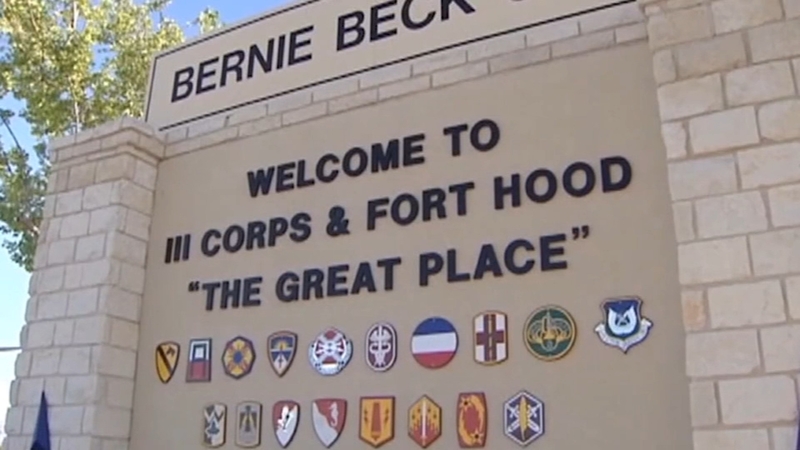 The family of Fort Hood soldier Vanessa Guillen expressed appreciation of the leadership change at the top of the Army base, but added that it doesn't directly address accountability issues.

Through the family's attorney, Natalie Khawam, Guillen's family offered a response Wednesday after Maj. Gen. Scott Efflandt, who oversaw Fort Hood at the time of Guillen's disappearance earlier this year, was assigned a reduced role at the base.

In full, the statement read:

"First, I would like to thank the Army and DOD for recognizing the seriousness of the matter at hand. Fort Hood and the Command structure is in much need of restructuring. While this is a small step in the direction for justice, this does not and will not address the issue of accountability. Sexual harassment, sexual assault, retaliation and other issues still plague our military. During these tumultuous times, we must enact strong effective policies that promote a safe environment for our service members. We owe it to our service members for all they sacrifice daily. We now call on Congress to provide an in-depth congressional investigation in order to provide correct and detailed accountability. We will seek to use the strength and support we received from our steadfast efforts to pass the #IamVanessaGuillen bill into a law. We will forever preserve her legacy by protecting those who honorably serve to protect us."

Efflandt was already in line to vacate the top spot, according to Army officials, but a planned assignment to command the 1st Armored Division was put on hold. His successor, Maj. Gen. John B. Richardson IV, took over effective Wednesday.

Along with the change, military officials also appointed a new lead investigator to look at how Fort Hood brass handled Guillen's sexual harassment allegations, which Army officials at one point disputed.

Family of Vanessa Guillen said she confided in them about two sexual harassment incidents before she went missing. Here's what they said happened.

The Army announced Gen. John Murray - a four-star commanding general of Army Futures Command and one of the Army's most senior commanders - will lead a "more complete and comprehensive" investigation into the chain of command actions related to Guillen.

"There are currently several investigations underway at Fort Hood which are tasked with reviewing a wide range of topics and concerns. Gen. Murray will roll those efforts into a more complete and comprehensive investigation that will delve into all activities and levels of leadership," the Army said in its statement announcing the leadership changes.

Army officials said Murray's investigation is separate from an independent review of Fort Hood by a civilian panel that started last month.

The changes are significant milestones thus far in the Army's handling of the disappearance and death of the 20-year-old from Houston.

Guillen disappeared in April, before her remains were uncovered in June. Investigators believe she was dismembered by 20-year-old Spc. Aaron Robinson, who was later found dead of a self-inflicted gunshot wound.

Since Guillen's remains were found, her family, who has voiced anguish over the Army's response, received support from the federal level, first from U.S. Rep. Sylvia Garcia and later Pres. Donald Trump, who pledged to pay for her funeral.

Garcia had been vocal about immediate changes being needed in the wake of Guillen's death. The Houston Democrat spearheaded a bill that would primarily let service members file sexual assault and harassment claims to a third party, rather than through their chain of command.

Guillen may have not been alone as far as harassment at Fort Hood. Multiple reports showed hundreds of service members came forward with their experience.

One of those members appears to be Sgt. Elder Fernandes, who similarly went missing before his body was located in nearby Temple, Texas. He also reported abusive sexual contact at the base.

Actress Jada Pinkett Smith made public her support of Guillen's family and their push for legislation protecting the men and women who serve our country.

TV station WCVB in Fernandes' home state of Massachusetts reached out to his family following the leadership change.

"They need an independent investigation. I don't trust the Army investigating themselves," the sergeant's aunt told the TV station.