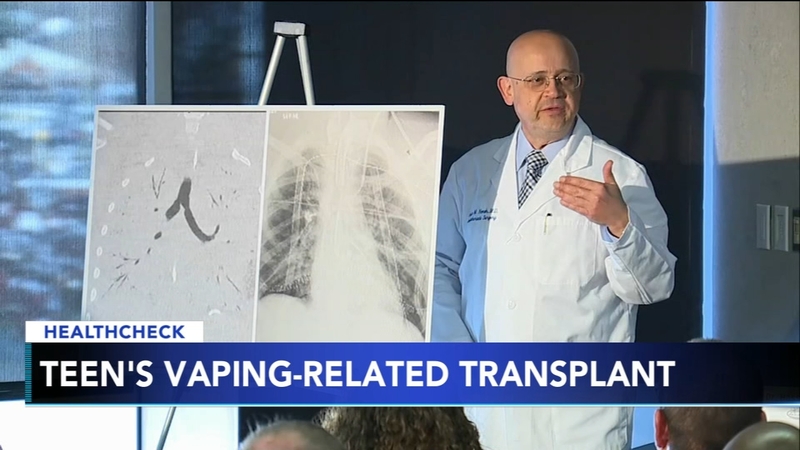 DETROIT -- A double lung transplant recipient who severely damaged those internal organs by vaping has been identified as a Michigan teenager.

Doctors at Henry Ford Hospital in Detroit described to reporters Tuesday the procedure that saved the 17-year-old's life and pleaded for the public to understand the dangers of vaping.

The teen was admitted in early September to a Detroit-area hospital with what appeared to be pneumonia. He was eventually taken to Henry Ford Hospital and the transplant was performed Oct. 15.

The double lung transplant is believed to be first performed on a patient due to vaping.

Dr. Hassan Nemeh described the teen's lungs as having an "enormous amount of inflammation and scarring." The doctors did not specify what the teen vaped or how long he vaped.