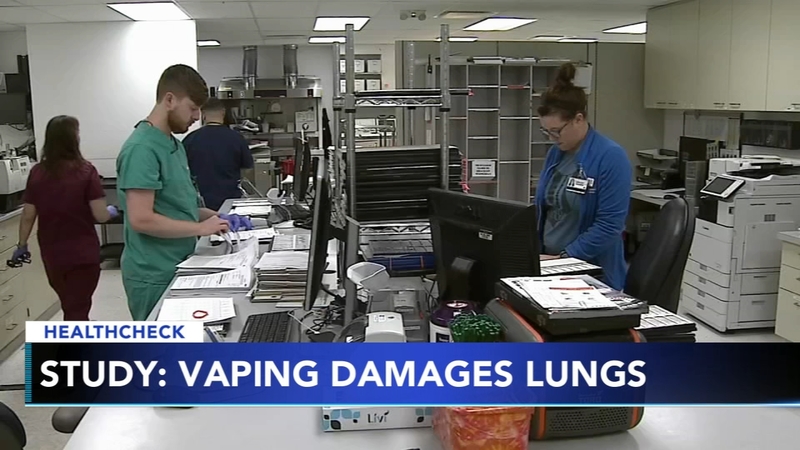 CLEVELAND, Ohio (WPVI) -- New numbers are out on those sickened or killed by vaping-related illnesses.

The CDC says it has 1604 confirmed or probable cases, with 34 deaths.

Alaska continues to be the only state without a vaping-related illness reported.

The 34 deaths are in 24 states, with one each reported in Pennsylvania and New Jersey.

That comes as a new study confirms vaping does injure the lungs.

Researchers at the Cleveland Clinic studied lung tissue from people treated for breathing problems after vaping mostly THC, from marijuana.

This is only the second study to look at actual lung tissue from users.

They found a form of pneumonia and damage to the tiny air sacs which transfer oxygen.

"We have absolute proof that lung damage can occur in some patients who vape, especially those who vape THC. There's absolute, absolute confirmation of that," says Dr. Sanjay Mukhopadhyay, the heads of pulmonary pathology at the Cleveland Clinic.