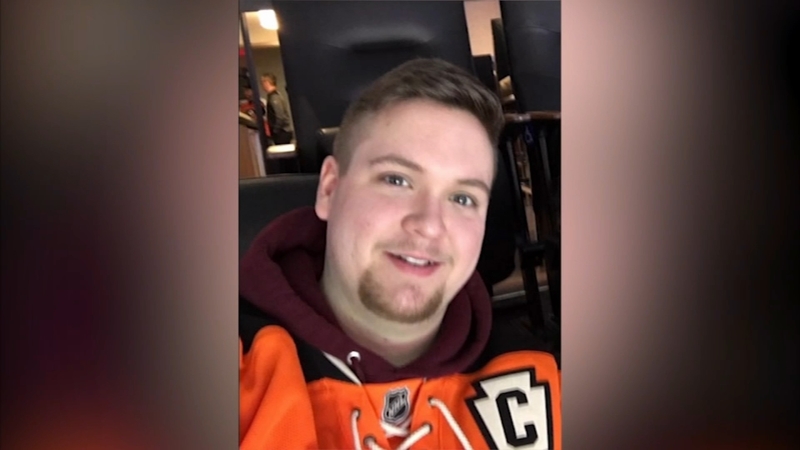 BROOMALL, Pennsylvania (WPVI) -- Len and Debbie Boclair of Broomall, Delaware County say they have been living a parent's nightmare over the past several days.

Their 19-year-old son Kevin is currently in a medically-induced coma and connected to a heart/lung machine at the Hospital of the University of Pennsylvania.

"It's horrible, every day to see him like this," Debbie said.

Debbie, who is also a registered nurse, says that while her son does have asthma, she and Kevin's doctors agree that the damage done to his lungs is the result of something else.

"They know it's vaping. This is even new to the doctors. They told me outright, you know, we're treating all the things he had. He came in, he had double pneumonia. They treated that with antibiotics. They're treating all the different things, but there's parts they don't even know what's going on," she says.

Len says that watching his son's condition deteriorate from a coughing fit about two weeks ago to the very real possibility of lung transplant surgery has been more than he can take.

"Honest to God, the first time I walked in there, right after this whole thing, honest to God I thought he was dead. He looked dead," Len said.

The Centers for Disease Control recently issued an advisory regarding this mysterious illness believed to be linked to vaping.

The advisory "...includes the recommendation that while this investigation is on-going-- if you are concerned about these specific health risks, consider refraining from the use of e-cigarette products."

Debbie has a message for people, and their families, who decide to ignore that advice.

"I don't know how we could get parents to stop their kids. So, I'm going to tell the kids right out - 'You're smart kids. Just don't do it,'" she said.

The CDC advisory goes on to say that since the end of August there have been reports of 215 possible cases of lung disease from 25 states that may be tied to vaping.

Meanwhile, the Boclairs are struggling with the uncertainty of their son's condition. Doctors tell them Kevin might heal all on his own, he might need surgery, or he might not even survive.
Report a correction or typo
Related topics:
health & fitnessbroomallhealthpennsylvania newsvapingpennsylvania
Copyright © 2022 WPVI-TV. All Rights Reserved.
TOP STORIES
Visitors fill the Jersey Shore for Memorial Day weekend
Police: Triple shooting leaves 1 dead in West Oak Lane
One man dead after West Philadelphia shooting
AccuWeather: Sunny & Pleasant Sunday
'Is it worth my kid?' Parents of TX school shooting victim speak out
Officials ID 5 killed in Pottstown explosion; most were children
Official admits police made 'wrong decision' in TX shooting
Show More
Victim of elementary school attack says it could have been prevented
North Philly store owner robbed, assaulted with brick: Police
Dann Cuellar retires after 34 years at Action News
Another Trenton, NJ firehouse hit by gunfire
Rainy start to Memorial Day weekend at the Jersey Shore
More TOP STORIES News