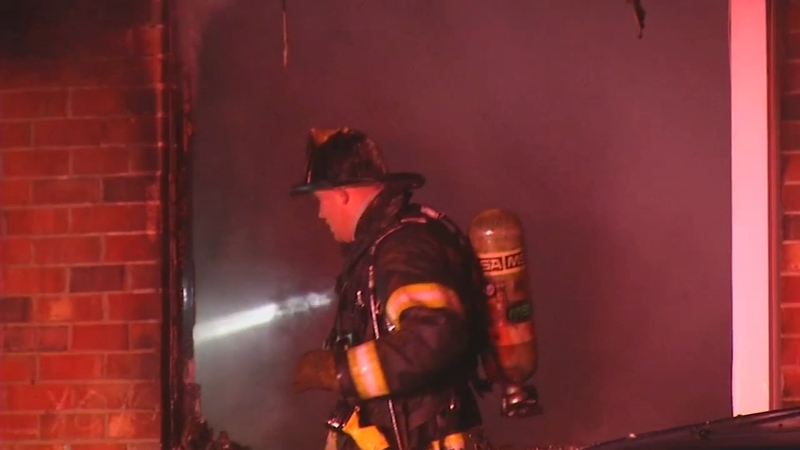 "It's very concerning," said Lower Merion Fire Chief Chas McGarvey. "With firefighting, technically you're not allowed to perform an interior attack unless you have four people on location. Two people can go in, two people go outside."

According to the Pennsylvania Fire and Emergency Services Institute, there were about 300,000 volunteer firefighters in the 1970s. That number dwindled to 38,000 in 2018.

"It's not uncommon for incidents that could have previously been resolved by a single department to now require the assistance of multiple neighboring departments," said a spokesperson for the PA Office of the State Fire Commissioner.

Officials said Firefighter Sean W. DeMuynck was found unresponsive on the third floor of the home.

Delaware is dealing with a similar situation. In June, a legislative task force laid out a 10 point recruitment and retention plan in an attempt to solve their membership crisis.

"We've had about a 50% decrease in volunteer firefighters coming into the system in the last 10 years," said Warren Jones, executive manager of the Delaware Volunteer Firefighters Association.

Officials say the shortage is partially caused by rising operating costs and fundraising demands. They also cite a lack of time to volunteer.

"There's a lot of two-income households now and it's difficult when one is working to leave the kids," said John Waters, Lower Merion Deputy Fire Marshal.

Officials estimate it saves state and local governments about $6 billion.

The goal now is to entice more people to serve and protect.

"It's a truly, truly rewarding experience for you to get in, knowing you're out there helping your neighbors in their worst times," said Chief McGarvey.