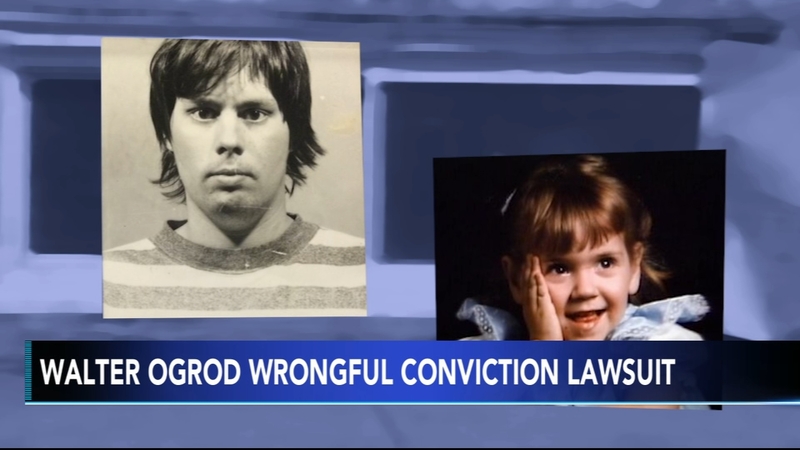 PHILADELPHIA (WPVI) -- The man who served nearly three decades on death row for a murder he says he did not commit is suing the city of Philadelphia.

Walter Ogrod was convicted in the July 1988 murder of 4-year-old Barbara Jean Horn.

Nearly a year ago, a Common Pleas judge overturned the conviction.

Ogrod always maintained his innocence, saying the confession he gave was coerced by cops.

Ogrod went to trial twice - the first was declared a mistrial. He was convicted in October of 1996.

Action News reported in January that, according to the family and a recent court filing, male DNA found on the body of Horn is not that of Walter Ogrod.

Now, his attorney said he wants to hold the city and the officers involved in the wrongful conviction responsible.