Jalen Hurts has 3 TDs, Eagles come back to beat Washington 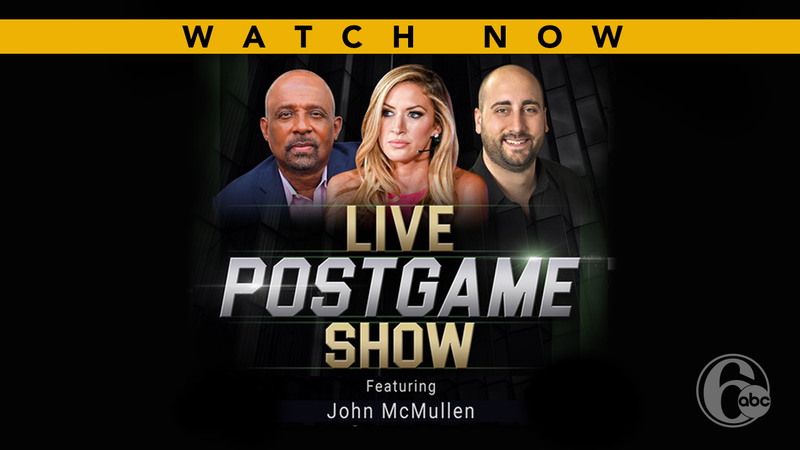 Playoff Push: Can the Birds capitalize after beating WFT?

PHILADELPHIA -- Nick Sirianni yelled at Jalen Hurts on the sideline for being careless with the ball and losing a fumble. Then the Philadelphia Eagles coach saw his starting quarterback hold on tight to carry the team on his shoulders.

Hurts ran for two touchdowns and threw for another, helping the Eagles come back from an early deficit to beat virus-ravaged Washington 27-17 Tuesday night in a critical showdown with NFC playoff implications.

In his first game back from an ankle injury, Hurts scored on a pair of 1-yard QB sneaks to set the single-season franchise record for rushing touchdowns by a quarterback with 10 and connected with Greg Ward on a 19-yard TD pass.

"He played a great football game - one of the best I've seen him play," Sirianni said of Hurts. "Jalen is able to take tough coaching. He responded great and played a great game."

Hurts was 20 of 26 for 296 yards passing with the TD and a bad-luck interception when Dallas Goedert dropped a catchable pass and the ball bounced off his right foot and into the hands of Washington's Landon Collins.

🔥Nick Sirianni on yelling at Jalen Hurts after his fumble

“I think Jalen responds to tough coaching. He likes tough coaching. I wasn’t going to back down on him, I thought he was careless with the football… sometimes I have to deliver the message a little different” pic.twitter.com/iYdzcZkKjS

That was a bad bounce for Philadelphia that helped stake Washington (6-8) to a 10-point lead after the first quarter. Behind a dominant effort from their offensive line, it was all Eagles (7-7) from there: They outgained Washington 435-136 the rest of the way and shut down an opponent missing a handful of starters because of COVID-19 protocol.

"I told the guys we had to go in with the mentality of not being denied," Hurts said. "We had so many things go wrong early in the game, but we overcame it."

Miles Sanders exploited the holes in Washington's defense left by those absences and additional injuries, carrying the ball 18 times for a career-high 131 yards.

#Eagles are on FIRE!

🔥Jalen Hurts: 1st Eagles QB EVER with 10 rushing TDs in a season pic.twitter.com/gVdvjSnmtn

"Credit to the offensive line," said Sanders, who became the first Eagles player with back-to-back 100-yard rushing games since LeSean McCoy in 2014. "They're making it very easy on the running backs to run behind them."

Well-rested coming off its bye week, Philadelphia finished with 238 yards rushing, becoming the first team with 175-plus yards on the ground in seven consecutive games since the 1985 Chicago Bears. That's also a first in Eagles franchise history.

"It was unacceptable how they were running around," Washington defensive end Montez Sweat said.

Goedert made up for his early blunder and a later drop by catching seven passes for 135 yards, including a 45-yard completion.

Despite the game getting pushed back 54 hours because of Washington's coronavirus outbreak, the delay did not allow starting quarterback Taylor Heinicke or backup Kyle Allen to clear protocol in time to play. Garrett Gilbert, who signed Friday, completed nine of his first 13 passes and finished 20 of 31 for 194 yards.

"I got nothing but respect for Garrett," said receiver Terry McLaurin, whose 46-yard catch was the longest play of the game. "It was challenging for all of us, but he did his job and he put it all out there."

👀 Buddy the Elf 🧝 had a career high in receiving yards today

Eagles TE Dallas Goedert:
“Elf is one of my favorite movies” pic.twitter.com/DHiNXzYVJa

Second-year running back Antonio Gibson ran for Washington's first touchdown and had 20 of his 26 rushing yards on that drive, when he got the ball on all seven plays. He was slowed by a toe injury, the same thing that derailed his rookie season, and Jaret Patterson had the team's other rushing TD.

With Washington running backs coach Randy Jordan unavailable because of COVID-19 protocols, assistant Jennifer King made history filling in for him. King became the first Black woman to serve as a position coach for an NFL game.

"It wasn't really any drop-off," Patterson said. "Coach King is great. She deservedly will be a coach one day, and she did really well."

Washington: CB William Jackson left late in the second quarter with an ankle injury and did not return. ... DE Daniel Wise injured his right knee on a cut block in the first half and was ruled out early in the second. Collins left briefly with a foot injury. ... WR Curtis Samuel (hamstring) was inactive, and RB J.D. McKissic (neck) was put on injured reserve before the game.

Eagles: TE Jack Stoll was shaken up early in the fourth quarter and walked off the field gingerly after getting medical attention. ... WR DeVonta Smith limped off late in the first quarter after an incomplete pass into the end zone but came back on the following drive.