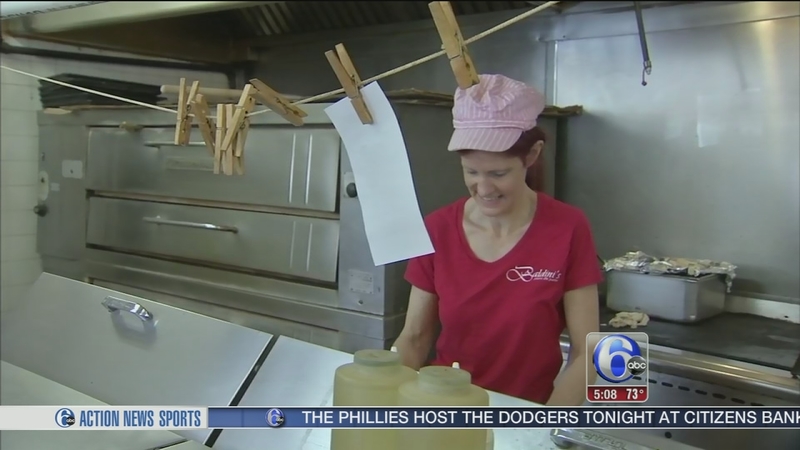 NORRISTOWN, Pa. (WPVI) -- Authorities have announced that the boil water order in effect for several days in parts of Montgomery County has been lifted.

Acceptable bacteria test results were obtained from samples collected on May 21 and May 22, and the Pennsylvania Department of Environmental Protection has authorized lifting of the precautionary advisory.

PAW said the notice applied to some 18,000 customers in the following communities:


PAW added that the mandatory conservation notice that was imposed early Tuesday, May 20, for all of the company's Norristown area customers has been discontinued.

Word the restrictions were ending came after several days of inconvenience for thousands of water customers in the affected communities.

Just after noontime Friday, the owners of Baldini's got the call that they could re-open right away. They had been shut down since Tuesday.

With Memorial Day weekend approaching, that means they took a serious hit at the cash register.

"Thursday before a holiday, you really ramp up. A lot of people are off, they plan to pick things up and go down the shore, whatever they're doing," said co-owner Diane Elshimy.

"When you lose the Thursday before and everyone is getting ready to go away, you chalk it up as a loss," said co-owner Wajda Elshimy.

As the first walk-up customer of the day came in, we were reminded that the shutdown took its toll on the employees as well.

"The employees are affected too, losing money. We've got bills to pay as well, and it's not fun," said Kristin Pelusi.

Meanwhile, at Gino's Ristorante, the owner was calling the shutdown a nightmare. He had to cancel big catering orders Tuesday and Wednesday nights.

They were gearing up for a big holiday weekend, but the damage is done.

So what caused this problem? Pennsylvania American Water says heavier than normal mud churned up in the Schuylkill River and overwhelmed the recycling system at its Norristown treatment plant.

The boil water advisory for the six townships came on Wednesday, one day after a mandatory conservation notice was placed in effect for PAW's customers in 10 Montgomery County townships to reduce their water consumption.

The company said it will do a postmortem to see if the plant needs modifications.