Coastal storm could eat up NJ beaches still under repair 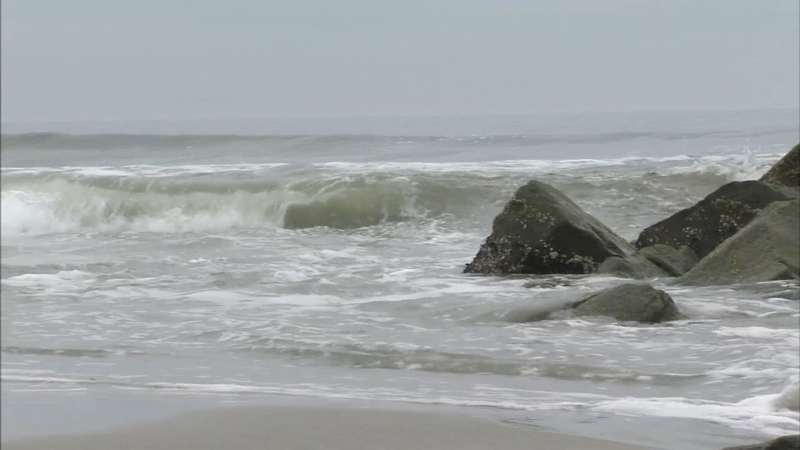 Coastal storm could eat up NJ beaches still under repair

VENTNOR, N.J. (WPVI) -- The coastal storm heading for the East Coast could take a chunk out of New Jersey beaches that are still being repaired following damage from previous storms.

And there's no guarantee that all the sand that washes away over the next few days will be replaced.

None of those projects are finished.

Army Corps spokesman Steve Rochette said the agency surveyed the beaches before the storm that's expected to bring heavy rain and intermittent snow on Thursday and Friday. He said once it's over the agency will determine how much repair work needs to be done.

"In some cases, we've pumped additional sand in areas under contract, but this would depend on many factors, including but not limited to, severity of storm event, contractual requirements and funding," he said Thursday.

Sand pumping work on Mantoloking's beaches, which is nearing completion, has been suspended as the storm approaches. A dredge ship that had been pumping sand ashore was sent to safe harbor in Jersey City, about 90 minutes to the north, and will return after the storm.

Thursday afternoon, a few hours before the storm was due to arrive, a bulldozer was moving sand around at a spot on the beach near where the ocean cut a channel through to the Barnegat Bay during Superstorm Sandy in 2012, slicing the barrier island in half. The Ocean County borough was one of the hardest-hit by Sandy, with virtually every one of its 521 buildings either damaged or destroyed by the storm.

Replenishment work is to start soon on other Jersey shore beaches, including on Long Beach Island.

Elsewhere along the coast, numerous coastal towns were using emails and automated call systems to urge residents to move their cars to higher ground, prepare for power outages, and to secure loose outdoor items. High winds are expected during the storm, including some scattered gusts of up to 60 mph.

Belmar had already finished shoring up its beaches with heavy equipment by mid-afternoon on Thursday.

Ocean City, the popular southern New Jersey family resort, canceled or postponed an education fundraiser, a fire department swearing-in ceremony, a student event and a fishing flea market that had been scheduled for the weekend.