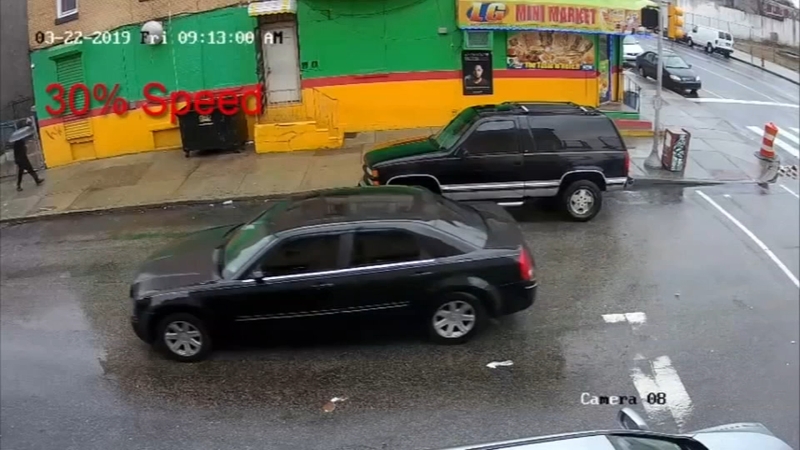 PHILADELPHIA (WPVI) -- Philadelphia police are searching for a car they believe is involved in a homicide that occurred in West Philadelphia on Friday.

Police said the car was involved in a road rage confrontation where the driver shot and killed a man in broad daylight in front of his wife and kids at the intersection of 52nd and Warren streets on Friday morning.

Man dies after being shot in chest in West Philadelphia: Sharrie Williams reports on Action News at 4:30

The victim has been identified as 25-year-old Shaquil Mack from the 1200 block of Van Kirk Street of Northeast Philadelphia.

Police said it started when the shooter's car almost collided with a GMC Terrain.

According to police a heated exchange then took place, and that is when the man in the passenger seat of the Terrain got out of the car.

"He was sitting in the car with the mother of his children two of his children, I believe the nephew of the child's mother, so the kids were witnesses," said Philadelphia Police Captian Sekou Kinebrew.

Officers are looking for a mid-to-late 2000s Chrysler 300 with black tinted windows.

The driver of the Chrysler is described as an African-American man in his late twenties or early thirties with dreadlocks or braided hair. Police believe there was a second person in the Chrysler as well.