Man, 29, runs into a West Philadelphia house while being shot at: Police 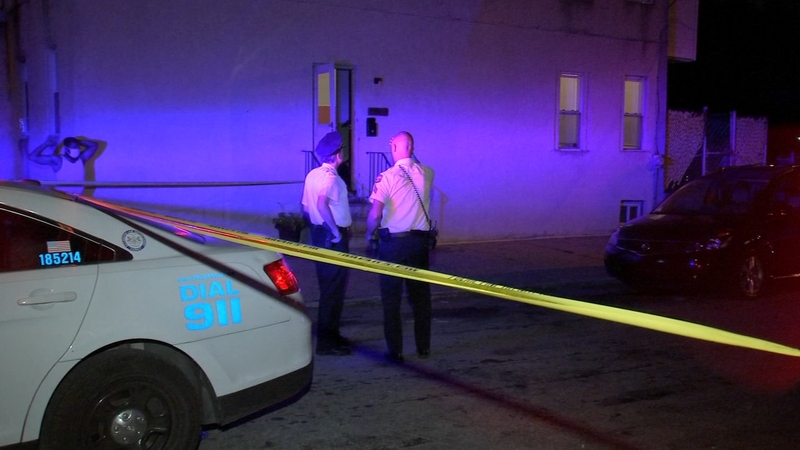 Man, 29, runs into a West Philly house while being shot at: Police

PHILADELPHIA (WPVI) -- Police say a man ran into someone else's home while he was being shot at in West Philadelphia.

Officers were called to the 4800 block of Westminster Avenue just after 10 p.m. Tuesday for the reports of gunfire.

Responding officers and medics found the 29-year-old victim with several gunshot wounds lying on the living room floor of a nearby home along the 800 block of North Fallon Street.

Investigators say at least 21 shots were fired on Fallon Street.

"He was shot multiple times in both of his arms and his upper chest, shoulder area. He was conscious," Philadelphia Police Chief Inspector Scott Small said.

Police say he was taken to the hospital in critical condition, but is expected to survive.

Police believe the suspect or suspects chased the victim into the house.

Three parked vehicles were hit by bullets. One of the vehicles, a minivan, was struck multiple times and still had its engine running when police arrived.

Small said the victim may have driven the minivan to the home.

Police hope surveillance cameras in the area will lead to the shooter.