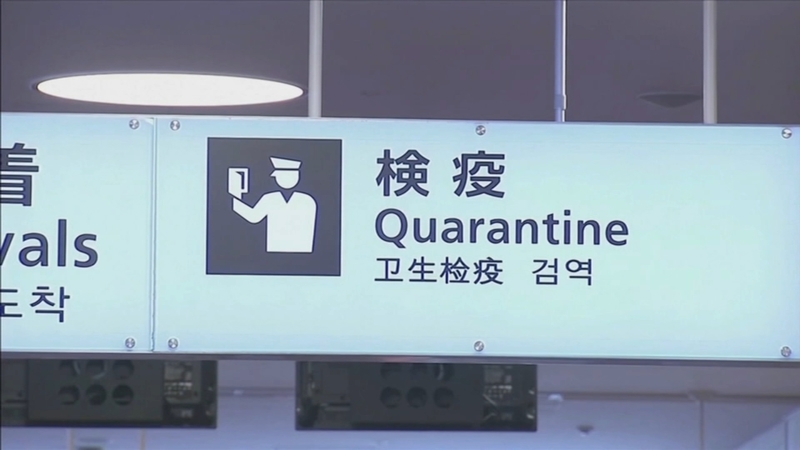 Containment is key to prevent coronavirus from spreading

PHILADELPHIA -- Nearly 200 Americans evacuated from Wuhan, China earlier this week are now under a quarantine order. They can't leave a California military base for 14 days from the day they left China.

It's the first federal quarantine in half a century and a sign the government is escalating efforts to contain the novel coronavirus.

Most airlines have suspended service to China and at Philadelphia International Airport, screenings will soon begin for those flying in from affected areas.

Philadelphia's Chinatown is safe and open for business amid concersn surrounding the coronavirus.

Michael LeVasseur, PhD. at Drexel University, studies the pattern of diseases and how they affect populations and how emerging viruses are controlled.

"The thing we have to focus on the most is containment," said LeVasseur.

He says containment efforts there and here in the US will help to limit the spread of the virus.

Ordering a 14-day quarantine for Americans evacuated, in case they come down with symptoms, also shows major efforts to contain potential cases.

"We would rather be remembered for over-reacting rather than under-reacting," said LeVasseur.

That's because there are still a lot of questions surrounding coronavirus.

Experts believe the incubation time is two to 14 days and it's spread through droplets from coughing or sneezing. But they're not sure how quickly people recover or what the actual death rate is.

"It's still early in the epidemiology to be making these calls, but it seems to be lower than what we have seen with previous infections," said LeVasseur.

As for concern for novel coronavirus in our area, we can't rule out seeing cases in Philadelphia. It is not spread widely in the community here or anywhere else in the United States, so at this point, no extra measures are needed.

But to help prevent any infection, it's good to wash your hands often, cover your cough and stay home, away from others if you are sick.