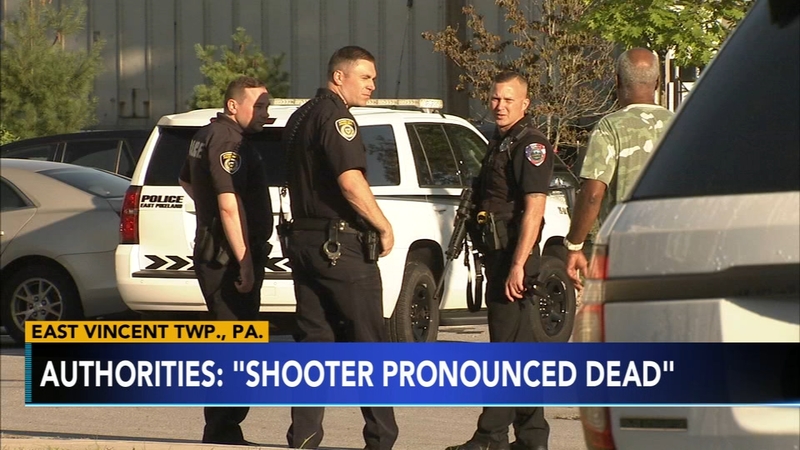 EAST VINCENT TWP., Pennsylvania (WPVI) -- Authorities say the woman who opened fire on her neighbor at a Chester County veterans apartment community, then shot herself in the head, died Tuesday night.

Police were called around 6:20 a.m. Tuesday to the Whitehall Apartments in East Vincent Township.

According to the Chester County District's Attorney Office, the victim was exiting his apartment when he was shot multiple times by Anne Konopka, 49, who lives across the hall.

The victim was struck several times in the leg and back. He fled the building before collapsing on a grassy area behind the apartments.

Konopka then barricaded herself in her apartment, attempted to set the apartment on fire and then shot herself in the head, authorities said.

The fire activated the apartment sprinkler system which extinguished the flames, officials said.

The victim was taken to Paoli Hospital for treatment for gunshot wounds. Konopka was also taken to the hospital, but she died as a result of her injuries.

In a statement, East Vincent Police Chief Matt Williams stated, "East Vincent is a very safe township. There is no ongoing threat to the community. The police and other emergency personnel immediately responded to this event to ensure the safety of the community."

Anybody with information regarding this incident should contact the East Vincent Police Department at 610-933-0115 or the Chester County Detectives at 610-344-6866.

According to its Facebook page, the Whitehall Apartments opened in 2017 "in response to a local need for permanent supportive housing for at-risk veterans in Chester County and a national effort to end veterans homelessness. The development features an innovative renovation of the historic Whitehall Inn as well as new construction of 48 affordable apartments for veterans in need."