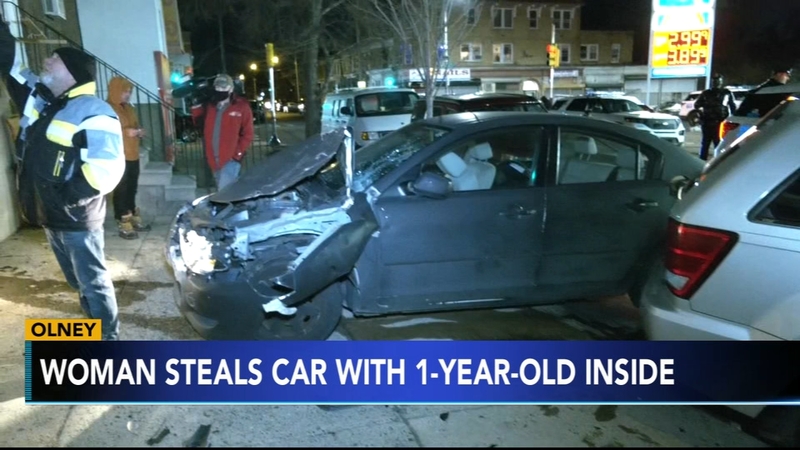 PHILADELPHIA (WPVI) -- Philadelphia police have arrested a woman after they say she stole a car with a 1-year-old child inside.

Police said the mother left the car running with the child still inside while she went into a store at North 5th Street and Olney Avenue.

That's when another woman jumped in the car and took off, police said.

According to authorities, the driver lost control, hit a parked car and then ran into a home about three miles from where she stole the car.

She was taken into custody.

Investigators said the 1-year-old was taken to the hospital as a precaution, but did not appear to have any serious injuries.
Report a correction or typo
Related topics:
olney (philadelphia)car theftmissing children
Copyright © 2021 WPVI-TV. All Rights Reserved.
CAR THEFT 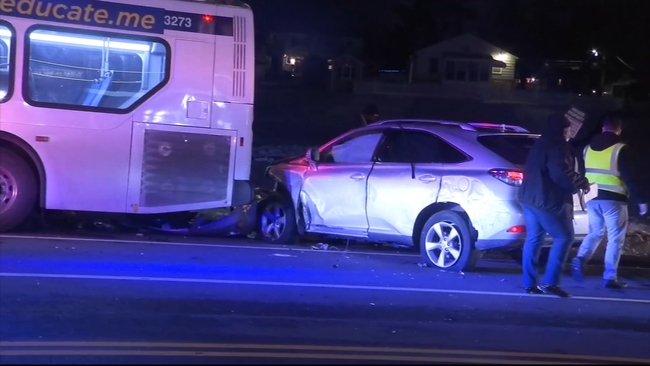