The woman was treated for hypothermia, but both she and her pet are doing fine, officials say.
WPVI
By 6abc Digital Staff and Bob Brooks 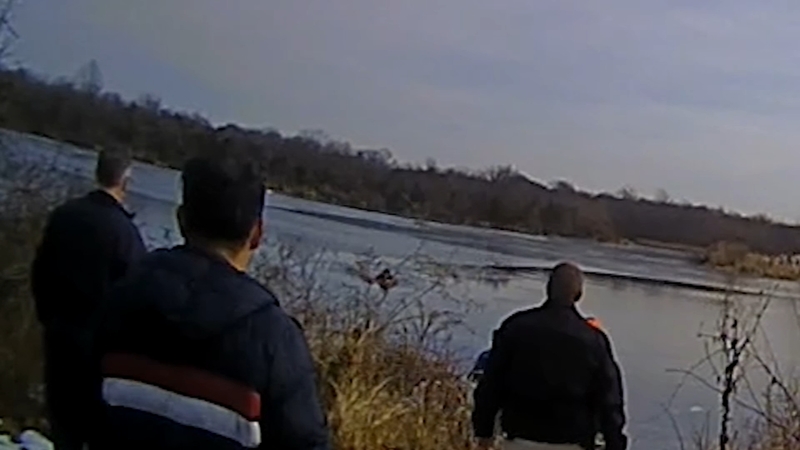 The victim apparently went out onto the frozen body of water to save one of her dogs that fell Thursday around 12:30 p.m.

But she also crashed through the ice, becoming trapped up to her neck.

Hamilton Township Police Officer George Peterson and Deputy Fire Chief William Tunnicliffe of the Union Fire Company were the two who came to the rescue.

"Probably a little longer, she probably would have gone down and gone under," said Officer Peterson.

Chief Tunnicliffe said, "She had been treading water for a while on top of hypothermia setting in."

Once they got to the scene, they realized they didn't have much time.

"She was out there, and the water was definitely deep enough that she was up to her neck in the water. She was struggling," said Peterson.

So they got a rope and bag, and Peterson walked out into the water and made a perfect toss, managing to get a rope to her, 25 yards offshore.

"It landed perfectly a foot from her. Throwing a rope is not easy," said Tunnicliffe.

They were able to get both the woman and her dog to safety.

The woman was treated for hypothermia, but both she and her pet are doing fine, officials say.