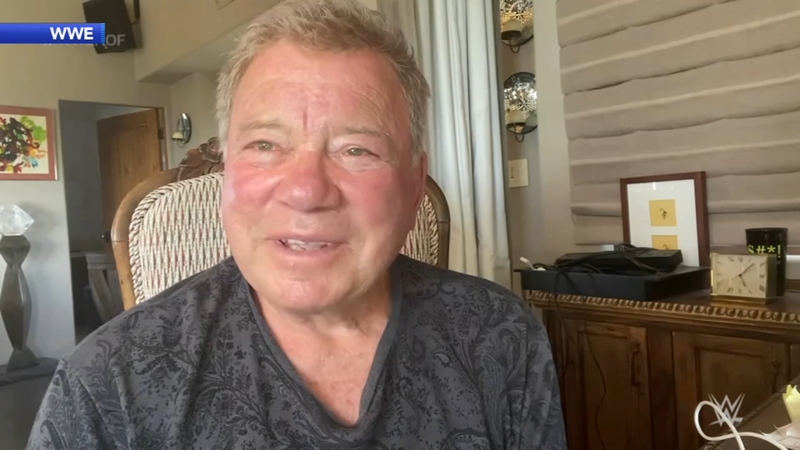 PHILADELPHIA (WPVI) -- WWE honored two celebrities who have made cameos in the wrestling ring at its annual Hall of Fame induction ceremony Tuesday night.

The prerecorded gala was held at Tropicana Field in St. Petersburg, Florida, with no fans in attendance.

Since last year's ceremony was canceled due to the pandemic, members of the classes of 2020 and 2021 were inducted in one night.

Emmy-winning actor William Shatner was the first to be inducted in the celebrity wing of the WWE Hall of Fame.

Shatner has made appearances on WWE's Monday Night Raw television program, even grappling with Jerry "The King" Lawler during a "King's Court" talk show segment in 1995.

The "Star Trek" icon gave his Hall of Fame acceptance speech in a video message.

"I want to thank you for this honor," Shatner said. "I was born in Montreal and out of Montreal came many of the great wrestlers that became popular in the United States. So I follow that Montreal tradition."

Shatner said he never really wrestled, but got to throw Lawler out of the ring once.

"I claim that as a great honor," Shatner said.

The next week on Raw, Shatner would actually get involved in a match as he stood in the corner of fellow WWE Hall of Famer Bret 'The Hitman' Hart.

Osbourne, who was a celebrity guest at WrestleMania 2 in 1986, also accepted his Hall of Fame honors from home.

"Thank you so much WWE for this award; I don't deserve it," the 'Prince of Darkness' said.

Osbourne made additional appearances in WWE as a musical act on Smackdown in 2007 and Raw host in 2009.

Ozzy said, in both the wrestling and music industries, it's all about the fans.

"Our fans keep us alive. It's all about them," Osbourne said.

While there is no physical WWE Hall of Fame, WWE holds its induction ceremony each year during WrestleMania week.