The family of Yaseem Jenkins held a vigil outside of the boy's West Philadelphia home Wednesday evening.
WPVI
By Annie McCormick 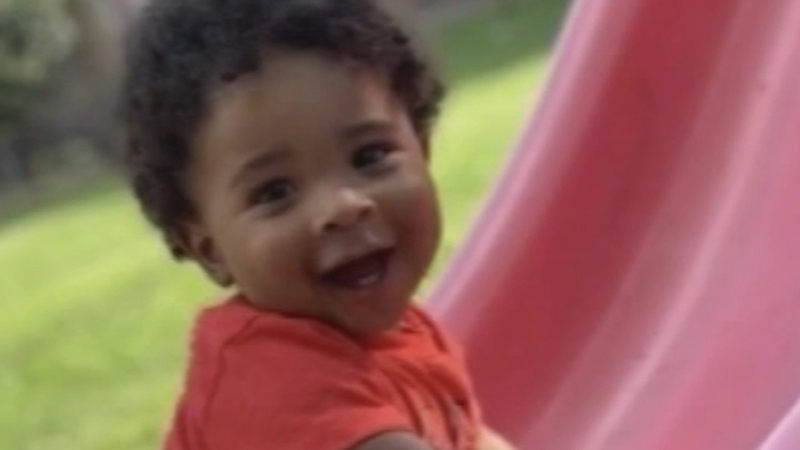 PHILADELPHIA (WPVI) -- A 3-year-old boy who survived a 2019 shooting in Philadelphia died on Tuesday afternoon.

The family of Yaseem Jenkins held a vigil outside of the boy's West Philadelphia home Wednesday evening.

The medical examiner's office will perform an autopsy to determine if Yaseem died from his injuries stemming from the 2019 shooting.

His mother told Action News he had fought through the worst of his injuries and was sitting up and never lost his spirit and smile.

"His endless fight. How many adults you know went through what he went through and survived?" said cousin Erica Ledwell, who spoke on behalf of the family. "He was the happiest baby you ever met in your life. He was joy."

Yaseem was shot four times in October of 2019 while he was strapped into his car seat while his father, 25-year-old Nafes Monroe, who was driving, went on a drug deal in Hunting Park using counterfeit money, according to police.

The Philadelphia District Attorney's Office said back in 2019 that the boy's father used him as a human shield when the shots rang out.

In a disturbing twist, a 2-year-old girl, Nicolette Rivera, was shot and killed the day after Yaseem, when a gunman fired inside her Kensington home.

Investigators say Ortiz supplied the AK-47 to the shooter who killed Nicolette, and that both childrens' fathers were the intended targets.

Ortiz is scheduled to appear in court for two unrelated charges: one on a gun charge and the other on a domestic homicide charge.

The family is working to create a GoFundMe page to help pay for his funeral.