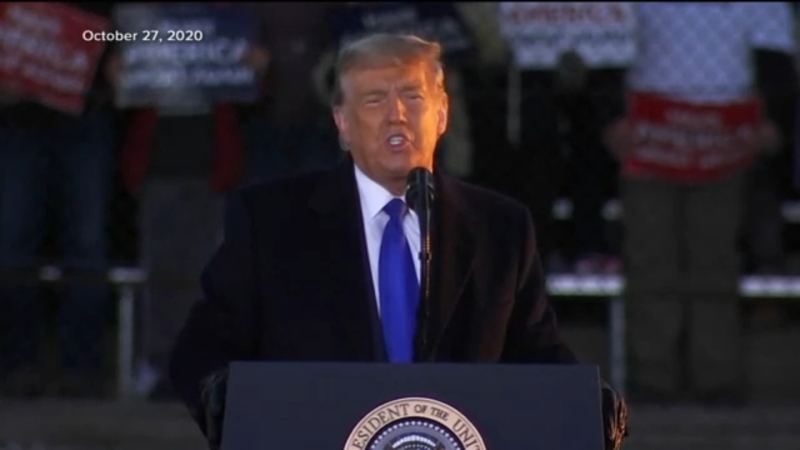 Former President Donald Trump is really asserting himself in the two big mid-term races in Pennsylvania - one of which could be the race to watch in the entire country.

First, Trump announced his endorsement of Mehmet Oz for the Republican nomination to run for the US Senate seat held by Senator Pat Toomey.

This was a bit of a surprise, because of Oz's past statements, and Trump had already endorsed Sean Parnell for that job, then pulled it when domestic violence claims by Parnell's wife surfaced.

Also, David McCormick, one of Oz's many GOP opponents in the Senate race, was seen as the more likely MAGA flag-bearer partly given that his wife once served as an adviser to the former president.

Jake Corman, a leading Republican in the Pennsylvania State Senate, was preparing to drop out of the race for PA governor - and then hours later, announced he was staying in because former President Trump told him to remain a candidate.

In addition, Trump fired a torpedo towards one of Corman's opponents, saying if he had to endorse any of the nine GOP candidates to replace Governor Tom Wolf, it would never ever ever be Bill McSwain, the former Trump-appointed US Attorney in the Philadelphia region.

As for drama on the Democratic side, one of the candidates for US Senate is angering members of his own party.

Conor Lamb is attacking his party's frontrunner, John Fetterman, for seeking the endorsement of a "democratic socialist" and being a "silver spooned socialist." (rich, affluent person proclaiming liberal views)

So much to get to, so little time.