James Ijames, 41, created 'Fat Ham' during the pandemic. It's his comedic riff on 'Hamlet,' set at a Southern BBQ.
WPVI
By Alicia Vitarelli and 6abc Digital Staff 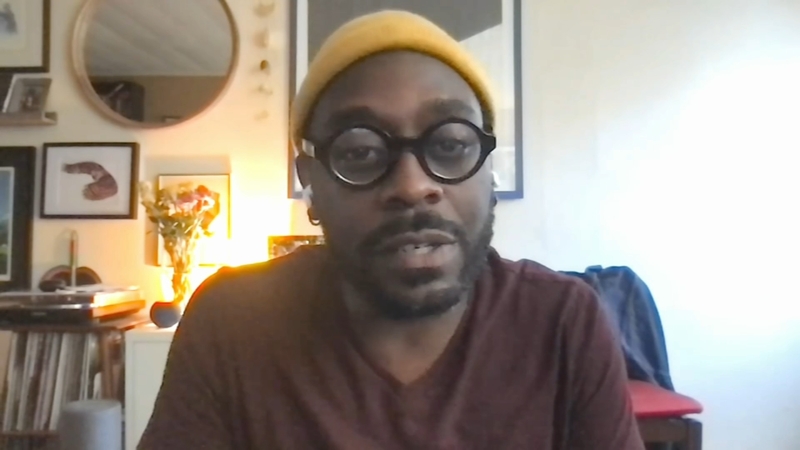 PHILADELPHIA (WPVI) -- One of the recent Pulitzer Prize winners is right from the Philadelphia area, and the news is being felt all across the city.

From local universities to theatrical spaces across the city, South Philadelphia artist James Ijames received this prestigious honor for his hard work.

Ijames is a Temple University graduate, a theater professor at Villanova University, and the co-artistic director at the Wilma Theater.

On Monday, his play 'Fat Ham' won the Pulitzer Prize for Drama.

"I think what's most touching is that I love writers of any kind," Ijames said. "That award is given by writers to writers. It just feels so amazing to have other writers say, 'I see something of beauty in what you've written.' I feel really honored."

The 41-year-old playwright created Fat Ham during the pandemic.

It's his comedic riff on 'Hamlet,' set at a southern BBQ.

His virtual production at the Wilma streamed virtually last year. On Thursday, Fat Ham will have its first in-person production Off-Broadway in New York City.

He credits Philadelphia for fueling his creativity.

"I feel like, because I was in Philadelphia, and I've been in Philadelphia so long, the theater here is so adventurous," he said. "That's the environment where I learned how to be an artist. I was always challenged to think outside of the box."

His new show 'Reverie,' produced with Azuka Theatre, is now playing at the Proscenium Theatre at The Drake.