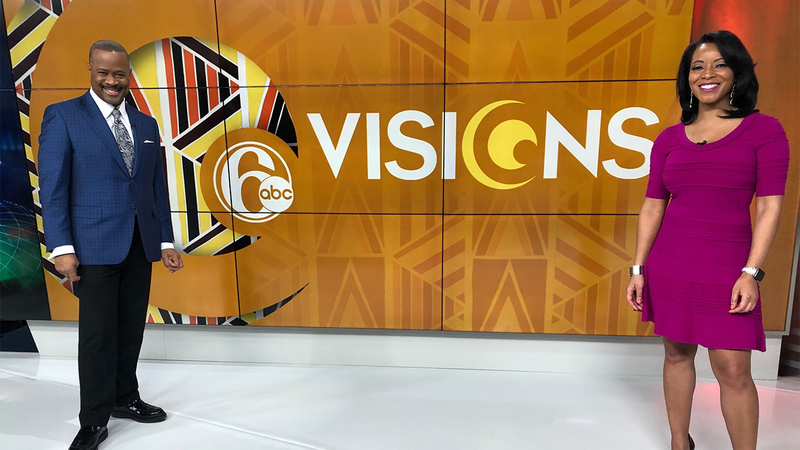 Rivers took a break from the postseason pursuit to sit down with Ducis Rodgers to discuss basketball, culture and speaking out about issues affecting the community.

Doc grew up as Glenn Rivers in Chicago and flourished as a basketball player in high school, college and the NBA.

He transitioned to coaching after his playing career ended and was just named one of the 15 greatest coaches in the NBA's 75-year history.

Sports have always given him a voice but it became more evident as a coach. Circumstance put him in the middle of racially charged situations and Rivers found himself speaking out on those issues.


His willingness to tackle those topics has also given him a different perspective in the locker room with his players.

While his X's and O's have made him one of the league's most successful coaches on the court, his off-the-court impact is rounding out his reputation as more than a coach.

And on Jan. 3, he was sworn in as the youngest city councilperson to ever serve the city of Reading.

Reading is Pennsylvania's fourth-largest city with a budget of $95 million. On his new team, he will be charged with issues like poverty, unemployment and education. 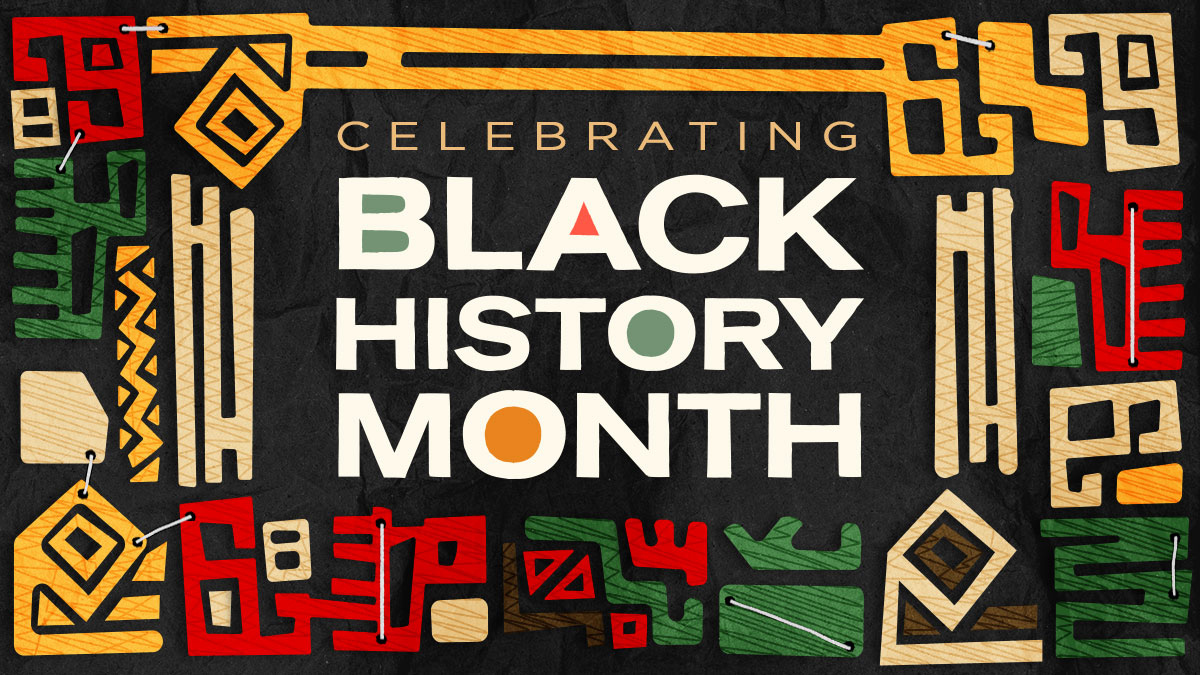 Butler credits his family with teaching him the intangibles. His father works in the Reading School District and his mother is a Magisterial District Judge.

Both have imparted the importance of hard work and credit Wesley's work ethic and maturity as traits that will make him successful on the city council.

As he juggles his college education, his basketball season and his 4th District Council seat, Butler is determined to make a difference and find success at every level. 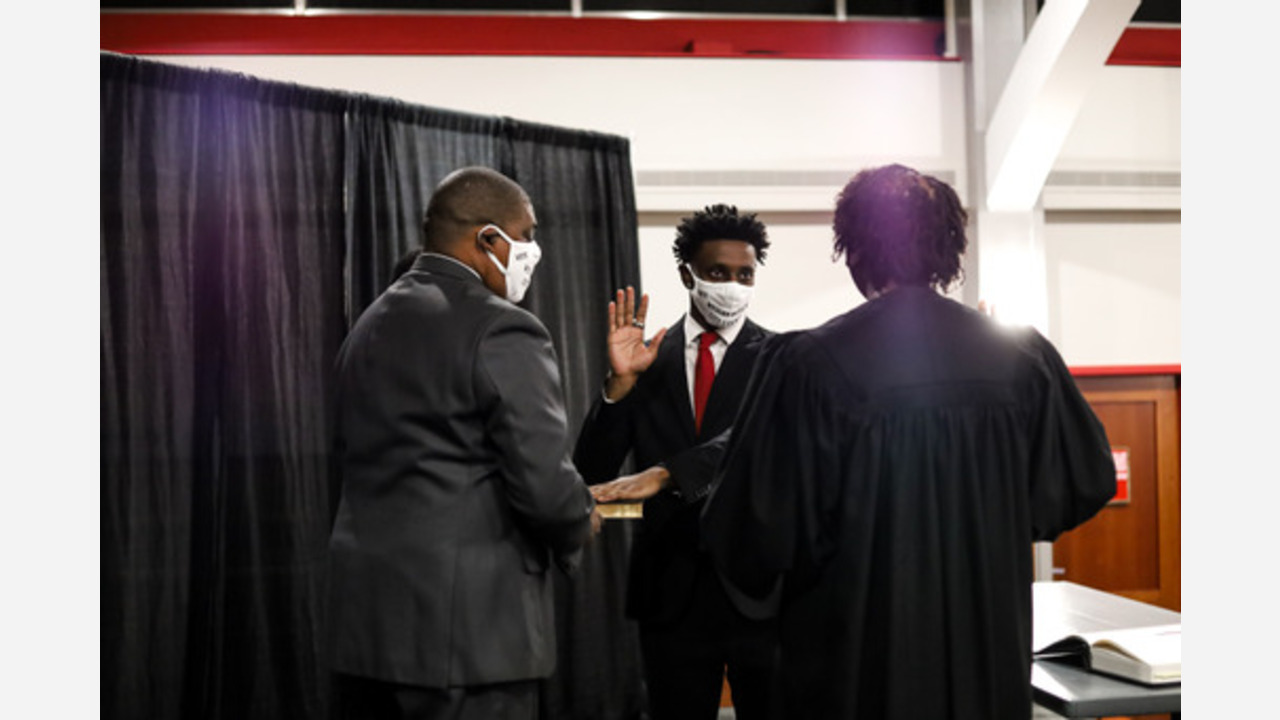 But the West Philadelphia native is providing more than just drum skills to his students, he mentors them and helps keep them safe and off the streets.

Young Black farmers sowing the seeds of farming's future
Since the height of Black farming in the 1920s, the number of African-Americans going into agricultural careers has dwindled.

For Black owner-operators in urban areas, the presence is low but appears to be making a comeback.

Three young women in the Philadelphia metro area are leading the charge.

FarmerJawn is a multi-site farm that just acquired space in Elkins Park. Founder-CEO Christa Barfield is on a mission to re-introduce farming into the lifestyles of urban people.

At Philly Forests, Director Jasmine Thompson grows not just fruits, veggies, and herbs, but also grows trees. Part of the revenue from crop sales goes to providing free trees to residents in low-canopy areas of the city. She also runs the Germantown Farmers Market.

A new venture, Sistah Seeds is just starting after a successful GoFundMe campaign. Launched by Amirah Mitchell, her seed production farm will harvest and sell seeds of crops with a very specific focus -- cultural heirloom crops of the African diaspora.

Eric Pryor named PAFA's first Black president, CEO
When Eric Pryor was named the new president and CEO of PAFA in December, he made history as the first person of color to lead the 216-year-old museum and college.

For the Detroit native, it is a bit of a homecoming. He got his MFA from Temple University's Tyler School of Art & Architecture in 1992 and his wife is actually from Philadelphia.

Pryor's journey to the top of America's first school and museum of fine arts was-as he calls it-a windy one.

He went to college at the University of West Georgia on a basketball scholarship, majoring in business.

But his best friend's father was the artist Al Loving. And after a trip to New York City and a close-up view of the art world, he gave up his scholarship to pursue a career in the arts.

While he counts Loving as a mentor, Pryor says his mother was the biggest art influence in his life. After his father died when he was 12, his mother went back to school, got her degree in interior design and opened a gallery that she ran up until age 93. She's now 94.

His priorities for PAFA include putting the institution on the cultural radar and making it a must-see destination for residents and visitors to Philadelphia.

He's also passionate about arts education in the schools, and he hopes PAFA can play a role in shaping the narrative of what defines American art.

The native Philadelphian interned with the orchestra years ago.

She'd been at the Atlanta Symphony Orchestra for a decade and became the ensemble's first Black principal librarian five years ago. She is now the first for the Philadelphia Orchestra as well.

When the job in Philadelphia was posted in February of 2020, she embarked on what would become a months-long auditioning process.

There was a homework round filled with assignments, including recreating a harp part.

There was a test round, where she had to prove her management skills, demonstrate her knowledge of all of the instruments in the ensemble, show a working knowledge of multiple languages and an understanding of budgeting and music rights.

She learned she'd earned the position just one week after George Floyd was murdered and was stunned by the negative reactions to her groundbreaking appointment.

With time, she gained perspective and she wants to use her new platform to show just how much an orchestra librarian actually does.

A highlight of her tenure to date has been helping to revive the music of Florence Price, a Black composer who died in 1953, never achieving the fame she should have.

Boxes of her compositions were discovered in the attic of a Chicago house in 2009 and, during the pandemic, the orchestra worked to get her symphonies performance-ready.

Jordan's role was to go measure by measure, bar by bar, making sure the conductor's score matched the score of each individual musician's score.

It's a tedious process that Jordan says usually takes a few years but they did it in weeks.

And then the orchestra recorded it, and that album is now nominated for a Grammy.

The African-American Chamber of Commerce of PA, NJ and DE (AACC) is the leading advocate for minority owned business in the Delaware Valley and Southeastern Pennsylvania.