A neighbor said she complained for months about a bad smell, but nothing was done
KTRK
By Brooke Taylor, Brhe Berry 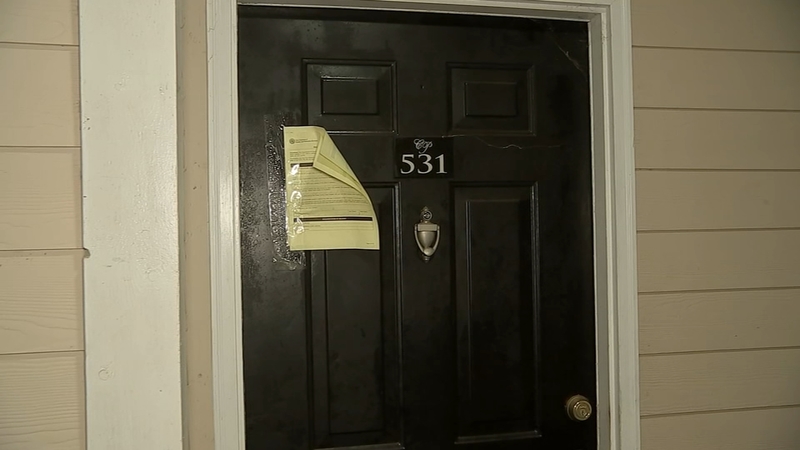 No charges so far after kids left with brother's skeletal remains

HARRIS COUNTY, Texas -- A neighbor said she complained for months about a terrible smell coming from an apartment where a child was found dead in Harris County, Texas, but claims nothing was done.

The woman spoke to our sister station ABC13 a day after the gruesome discovery was made on Sunday afternoon.

According to Harris County Sheriff Ed Gonzalez, investigators responded to the apartment complex after they received a call from a 15-year-old claiming that his 9-year-old brother had been dead for a year in the apartment he shared with his siblings.

The teenage boy also told 911 dispatchers that his parents had not lived in the apartment with him and his two living siblings, ages 10 and 7, for several months.

When deputies arrived, they found skeletal remains consistent with what that teenage boy told dispatchers.

The children showed signs of malnourishment and were taken to the hospital to be treated.

During a news briefing Sunday afternoon, Gonzalez called the situation "horrific" after he saw how the children had been living.

"It appears the skeletal remains had been there for an extended period of time. Connecting all the dots, it seems they were in there while the body was deteriorating," Gonzalez said.

The 9-year-old's remains were reportedly out in the apartment, not concealed.

A next-door neighbor, who did not want to appear on camera, said Monday that the smell coming from the apartments was so bad, she would turn off her air conditioner so the smell wouldn't come in.

She also claims that she complained to the front office several times about the odor.

The woman moved into the complex, CityParc11 at West Oaks Apartments, about 18 months ago.

She said the apartment where the 9-year-old's remains were found started to smell about four to five months after she had moved in to her unit. She also thought the apartment was abandoned.

Late Sunday night, the sheriff's office said the mother of the children and her boyfriend had been found and were being interviewed by law enforcement.

By Monday at 9:45 a.m., both the mother and her boyfriend had been released, Gonzalez said, adding that the investigation is ongoing and no charges have been filed.

There are no new developments this morning regarding the scene on Green Crest. Mother and her boyfriend were located, interviewed and released. CPS is assisting with the children. Our investigation remains on-going. No charges have been filed. #HouNews

It is unclear if the children were enrolled in school while going through this. The three children are now in the county's custody.

Neighbors said the apartment complex had been doing inspections the past month.

On Sunday, ABC13 was kicked off the property by management who wouldn't answer questions about the last time the apartment was inspected.