Views from Chopper 6 showed a large crime scene outside of the Dollar General and blood on the ground.
WPVI
By 6abc Digital Staff 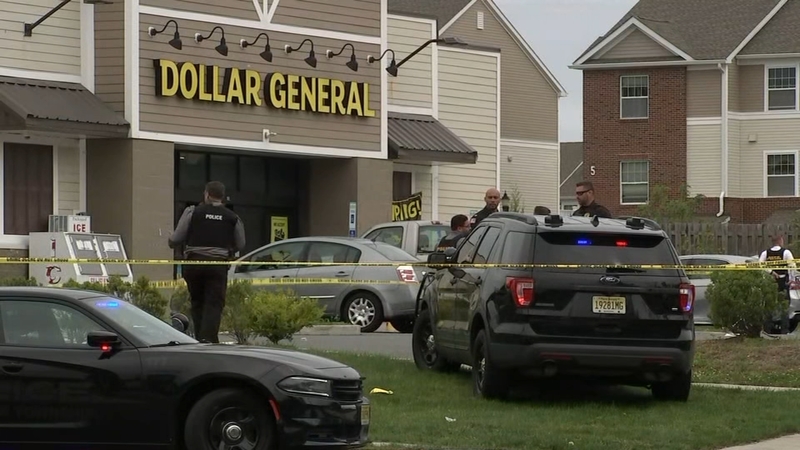 Person shot by police outside Dollar General in Absecon

ABSECON, New Jersey (WPVI) -- A person was shot by police at a Dollar General store in Absecon, New Jersey on Tuesday morning, according to the Atlantic County Prosecutor's Office

According to police, officers were called to the 700 block of South New Road at about 11 a.m.

The Atlantic County Prosecutor's Office also responded to the scene.

Views from Chopper 6 showed a large crime scene, evidence markers and blood on the ground outside of the store.

Residents in the area said the news of a shooting is shocking.

"I was just in there yesterday. I can't imagine what happened in those 24 hours that would erupt this kind of excitement right now," said Antoinette Key.

Several roads were closed in the area, and a local high school was placed on lockdown while police investigated.

There was no immediate word about the person's identity, injuries or what led up to the shooting.

No officers were injured in the shooting.