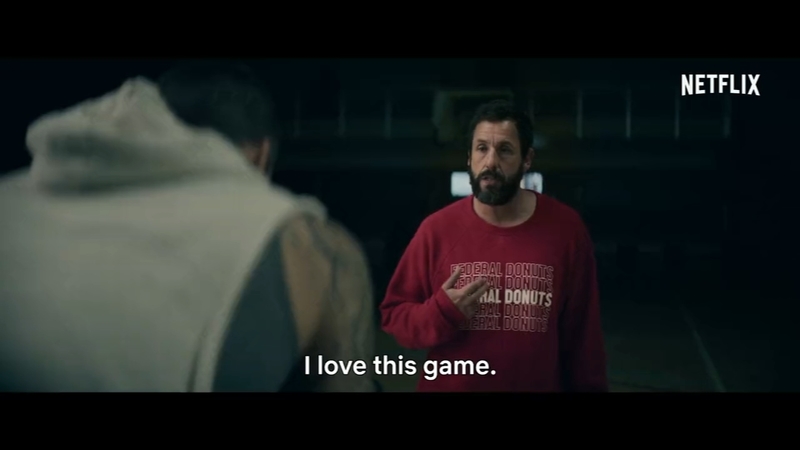 PHILADELPHIA (WPVI) -- We can now get our first glimpse of Adam Sandler's new movie which was filmed around Philadelphia.

Netflix released the trailer for "Hustle" on Friday.

And there are so many Philly references!

Everything from the Wells Fargo Center, the Allen Iverson mural to Sandler's character wearing a Federal Donuts t-shirt.

Sandler was spotted filming around the city last summer.

Adam Sandler was greeted with loud cheers as he took a break from filming his new Netflix movie "Hustle" in Philadelphia.

In "Hustle," he plays a washed-up basketball scout who discovers a streetball player, played by real-life NBA star Juancho Hernangomez.

Philadelphians have been watching the trailer to catch all the locations in the city, like the Manayunk Bridge Trail, the basketball courts across from Geno's Steaks, and gyms in and around the city.

The film is directed by South Philly's Jeremiah Zagar.

"Hustle" will be released on Netflix on June 10.