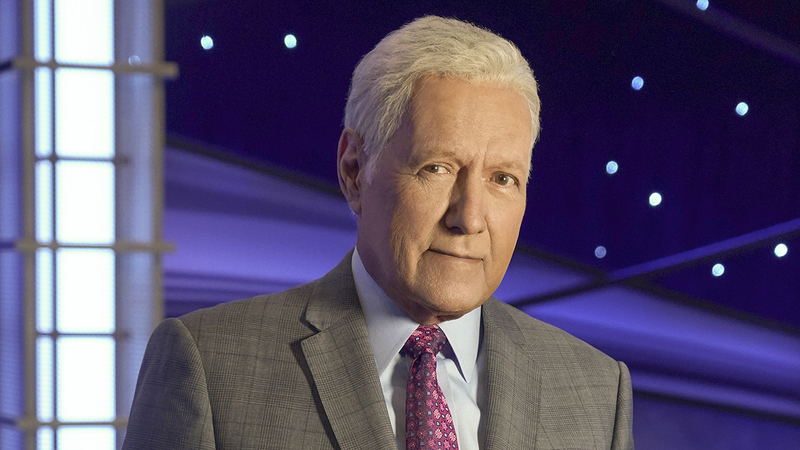 LOS ANGELES -- Alex Trebek, the beloved host of "Jeopardy!," has died after his open and public battle with stage 4 pancreatic cancer. He was 80.

For nearly four decades, with style and a sense of humor, he was the man with all the answers who asked for questions and earned a place in the Guinness Book of World Records for the most game show episodes hosted by the same person.

He has won seven Daytime Emmys for his work on the show and received a lifetime achievement Emmy award in 2011.

Trebek had served as the face of the game show since its debut in daytime syndication in 1984. With more than 8,200 episodes under his belt, he holds the Guinness World Record for Most Game Show Episodes Hosted by the Same Presenter.

The game show host celebrated 36 years with "America's favorite quiz show" in September and released his memoir, "The Answer Is ...: Reflections on My Life," in July.

"Jeopardy!" will air episodes hosted by Trebek through Christmas Day 2020. The show is not announcing plans for a new host at this time.

A native of Greater Sudbury, Canada, Trebek began his career as a television and radio newscaster for the Canadian Broadcasting Corporation. Moving to the U.S. in 1973, he appeared on "The Wizard of Odds," "Classic Concentration," "To Tell the Truth," "High Rollers," "The $128,000 Question" and "Double Dare."

In March of 2019, Trebek had announced his diagnosis in a video message released on "Jeopardy" social media accounts.

"Normally the prognosis for this is not very encouraging, but I'm going to fight this and I'm going to keep working," he said. "I plan to beat the low survival rate statistics for this disease."

'Jeopardy' host Alex Trebek discusses what it's like to host the long-running game show in a 2007 interview.

Trebek underwent surgery to remove blood clots on his brain in December 2017 but resumed taping new episodes of "Jeopardy" the next month. He said at the time that he had been diagnosed with subdural hematoma attributed to a fall he suffered earlier in the year.

He is survived by his wife of 30 years, Jean, and children Matthew, Emily, and Nicky. The family has announced no plans for a service, but gifts in his memory could go to World Vision.