A lawsuit filed on behalf of Paparo is seeking backpay, reinstatement of his job and other punitive and compensatory damages.
WPVI
By 6abc Digital Staff 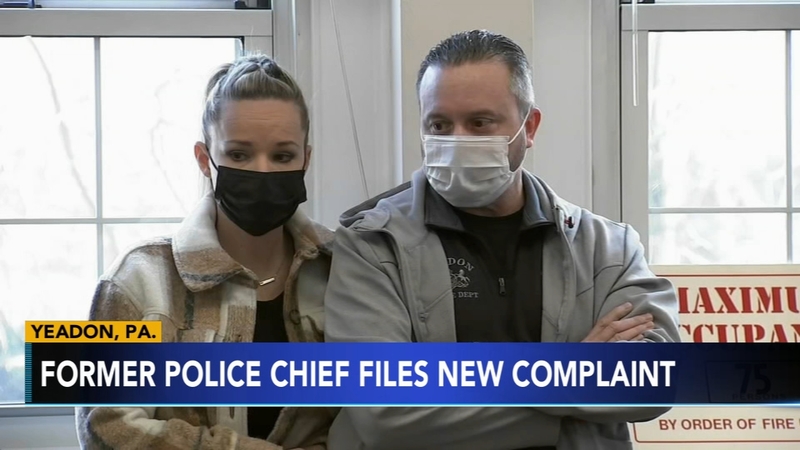 YEADON, Pennsylvania (WPVI) -- City council members in Yeadon, Pennsylvania are set to discuss a new set of allegations brought against the borough by its former police chief.

At a city council meeting Thursday night, an amended complaint filed on behalf of Anthony Paparo will be reviewed.

The complaint alleges Paparo was not paid for 776 hours worth of wages after he was fired in February.

It also accuses four council members of defamation and other allegations.

After weeks of controversy, the Yeadon Borough Council has voted to fire its current police chief after allegations of overspending.

Paparo was fired over allegations of "wage theft" that reportedly cost the borough more than $380,000.

The chief, who is white, has previously stated that his job was on the line over his race.

A lawsuit filed on behalf of Paparo is seeking backpay, reinstatement of his job and other punitive and compensatory damages.