Fire that ripped through West Windsor Twp., NJ apartments does not appear suspicious 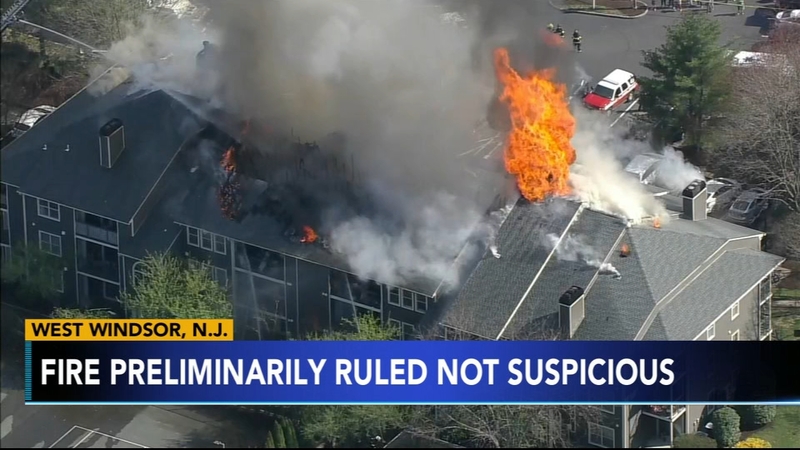 However, there is no word yet on what sparked the blaze.

It will be several more days before the investigation is complete.

The fire erupted around 3:30 p.m. Wednesday in the unit block of Taylor Court at Building 8 of the Avalon Princeton Junction Apartments.

The view from Chopper 6 showed flames shooting through the roof of the three-story apartment building.

No residents were injured in the fire. Four firefighters suffered minor injuries.