Which state is the happiest?

The places where people are most likely to report happiness also tend to rate high on studies comparing things like climate, crime rates, air quality and schools.

The happiness ratings were based on a survey of 1.3 million people across the country by the Centers for Disease Control and Prevention. It used data collected over four years that included a question asking people how satisfied they are with their lives.

Economists Andrew J. Oswald of the University of Warwick in England and Stephen Wu of Hamilton College in Clinton, N.Y., compared the happiness ranking with studies that rated states on a variety of criteria ranging from availability of public land to commuting time to local taxes.

Probably not surprisingly, their report in Friday's edition of the journal Science found the happiest people tend to live in the states that do well in quality-of-life studies.

Yet Oswald says "this is the first objective validation of 'happiness' data," which is something he says economists have been reluctant to use in the past.

"Very loosely, you could say that we prove that happiness data are 'true,' - such data have genuine objective informational content," he said.

"Moreover," Oswald added, "it is interesting to uncover the pattern of life-satisfaction across one of the world's important nations."

Ranking No. 1 in happiness was Louisiana, home of Dixieland music and Cajun/Creole cooking.

Oswald urged a bit of caution in that ranking, however, noting that part of the happiness survey occurred before Hurricane Katrina struck the state, and part of it took place later. Nevertheless, he said, "We have no explicit reason to think there is a problem" with the ranking.

Rounding out the happy five were Hawaii, Florida, Tennessee and Arizona.

At the other end of the scale, last in happiness - is New York state.

As if to illustrate the problem, residents attending a meeting Wednesday in rural Queensbury unleashed their anger and cynicism at a state government they described as corrupt, self-dealing and too quick to increase taxes. It was a tirade that had one lifelong resident saying he was ready to flee "this stinkin' state."

Oswald suggested the long commutes, congestion and high prices around New York City account for some of the unhappiness.

He said he has been asked if the researchers expected that states like New York and California, which ranked 46th, would do so badly in the happiness ranking.

"I am only a little surprised," he said. "Many people think these states would be marvelous places to live in. The problem is that if too many individuals think that way, they move into those states, and the resulting congestion and house prices make it a non-fulfilling prophecy."

Besides being interesting, the state-by-state pattern has scientific value, Oswald explained.

"We wanted to study whether people's feelings of satisfaction with their own lives are reliable, that is, whether they match up to reality - of sunshine hours, congestion, air quality, etceteras - in their own state. And they do match."

Oswald and Wu used data from CDC's Behavioral Risk Factor Surveillance System collected from 2005 to 2008. The survey, launched in 1984, collects information on a variety of health measures.

The research was supported by Britain's Economic and Social Research Council.

A new study found that people who report more satisfaction with their lives live in states that score well on things like good schools, low crime and short commuting time, perhaps a first objective look at why some states are happier than others. 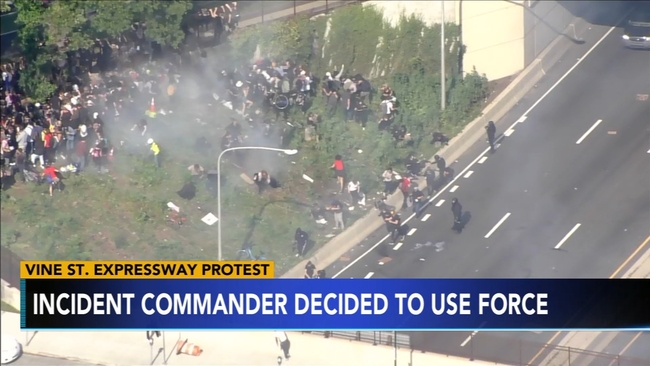