Jurors in Delaware County deliberated for less than three hours Friday before convicting Laquanta Chapman, 33, of Coatesville in the disappearance of 16-year-old Aaron Turner. Jurors are to return Thursday to hear arguments on whether Chapman should be sentenced to death or to life in prison without possibility of parole.

Investigators alleged that Chapman forced Turner into the basement of a Coatesville home in October 2008, stripped him, shot him and then dismembered his body with two chain saws, leaving the remains along the road in trash bags for pickup. Turner's remains were never found.

Defense attorney Evan Kelly pointed the finger at his client's cousin and co-defendant, Bryan Bird, 23, of Newark, N.J., who is awaiting sentencing after pleading guilty to conspiracy to commit first-degree murder and third degree murder. Kelly maintained that his client only helped dismember the body.

"The only person who is telling you what happened in the government's case is the polluted source, Bryan Byrd," Kelly said. "But their entire theory doesn't make sense.

Chapman was arrested in November 2008 after police raided his home and found weapons and marijuana. They also found items containing blood evidence and DNA samples that the prosecution would ultimately use to declare Turner, who had been missing for two weeks, dead, and to charge Chapman with his murder.

In his closing argument, Chief Deputy District Attorney Patrick Carmody said that Turner had made the fatal mistake of getting involved in a drug world that Chapman ruled.

Jurors also found Chapman guilty of conspiracy, abuse of a corpse, multiple drug and weapons violations, and cruelty to animals - the last charge because prosecutors alleged that after dismembering the body, Chapman shot a pit bull he owned and cut up the dog's body with the same chain saws in an effort to disguise the murder. 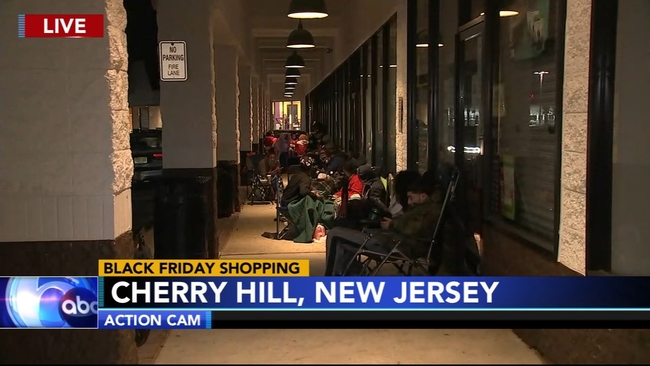 Shoppers camp outside GameStop in NJ for new PS5

Philly's Christmas Village is open, but expect some changes