Like most musicians, the Backstreet Boys halted their tour plans due to the pandemic, but Nick Carter has been keeping busy during quarantine.
OTRC
By George Pennacchio 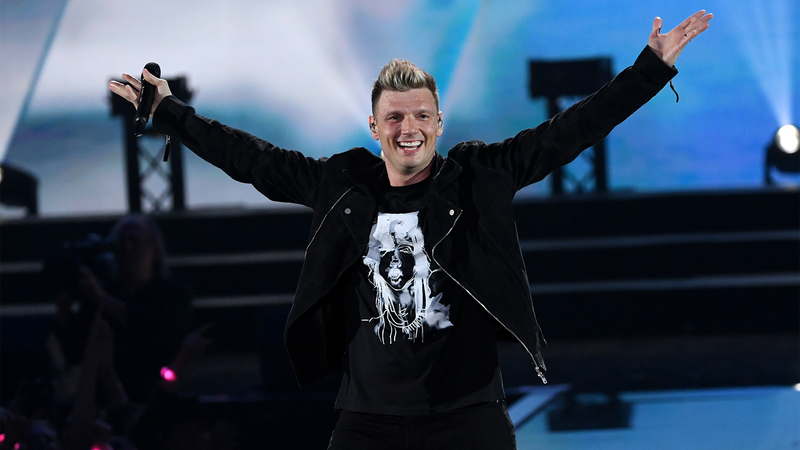 During this pandemic, Backstreet Boys' Nick Carter is keeping busy with family, charity and some new music -- this time as a solo artist.

In a studio in Las Vegas, Carter is working, safely, on some new music.

"We can all watch TV and we can all listen to music and so I said to myself, 'Maybe I can record a little album of some music and put it out and fans out there who want to have their spirits lifted up a little bit, maybe it'll help.' So that's kind of my inspiration," the artist said.

Carter expanded on the inspiration for his upcoming album, which he found as he was working on the new music.

"I found a direction. I found something that I think is uplifting, maybe something that would be nostalgic at the same time as, you know, a little bit warm during the holiday season. That's what I'm shooting for," Carter said.

At the same time, since he's home in Vegas, he has gotten to spend more time with his 1-year-old daughter and 4-year-old son.

"I've been rolling around on the carpet with them, watching YouTube videos -- just full dad mode," Carter said.

The singer has also gotten involved with children who are battling cancer through the Cure 4 The Kids Foundation. It started when he visited the facility in Las Vegas.

"I saw what they were doing for children and how they were able to offer something to families out there," Carter said and pointed out that their work is especially important now, during a time when people are losing their insurance.

Cure 4 The Kids Foundation now has his heart and his support.

While that commitment is relatively new in his life, he's been committed to the Backstreet Boys since the '90s. They eventually became the best-selling boy band of all-time. In fact, when the pandemic hit, the Backstreet Boys were in the middle of a world tour and they were planning to add 50 more shows in the U.S.

"I think one of our first shows was going to be at the Hollywood Bowl. It was the first time we were going to play there," Carter said. "It's still on the books."