Ben Simmons to be on Brooklyn Nets' bench against 76ers in Philly; playing debut in flux

"He's on our team, he needs to be with his teammates and get the whole Philly thing out of the way a little bit," Nash said.
ESPN
By Nick Friedell ESPN Staff Writer 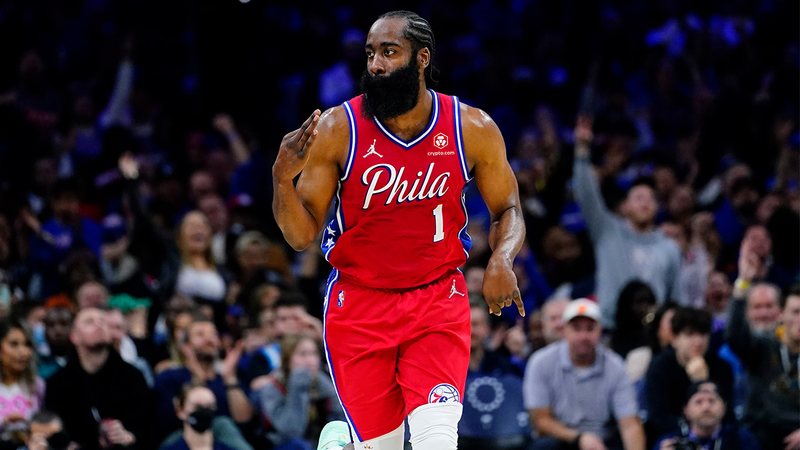 PHILADELPHIA -- While it remains to be seen when the new Brooklyn Nets swingman will be able to make his season debut as he continues to deal with a back injury, Nets coach Steve Nash said that Ben Simmons will join up with his new team in Philadelphia on Wednesday and will sit on the bench with the team Thursday.

Simmons, who was acquired from the Sixers last month along with Andre Drummond, Seth Curry, and two future first-round picks, in exchange for All-Star guard James Harden and Paul Millsap, is expected to be roundly booed on Thursday after requesting a trade from the Sixers after last season, citing mental health concerns. Nash was quick with his answer on Tuesday, when asked if he thought it would be good for Simmons to be in that environment in Philadelphia.


"It's great," Nash said. "He's on our team, he needs to be with his teammates and get the whole Philly thing out of the way a little bit. Maybe it never goes away but the first time it's always nice to kind of deal with it and move on."

Nash said he would be "happy to talk" to Simmons about the reception he's expected to get, but he is confident the 25-year-old former All-Star knows what's coming.

"I don't think he's naive to think he's not going to get some boos," Nash said. "I hope he enjoys it. It's a part of the game I miss." 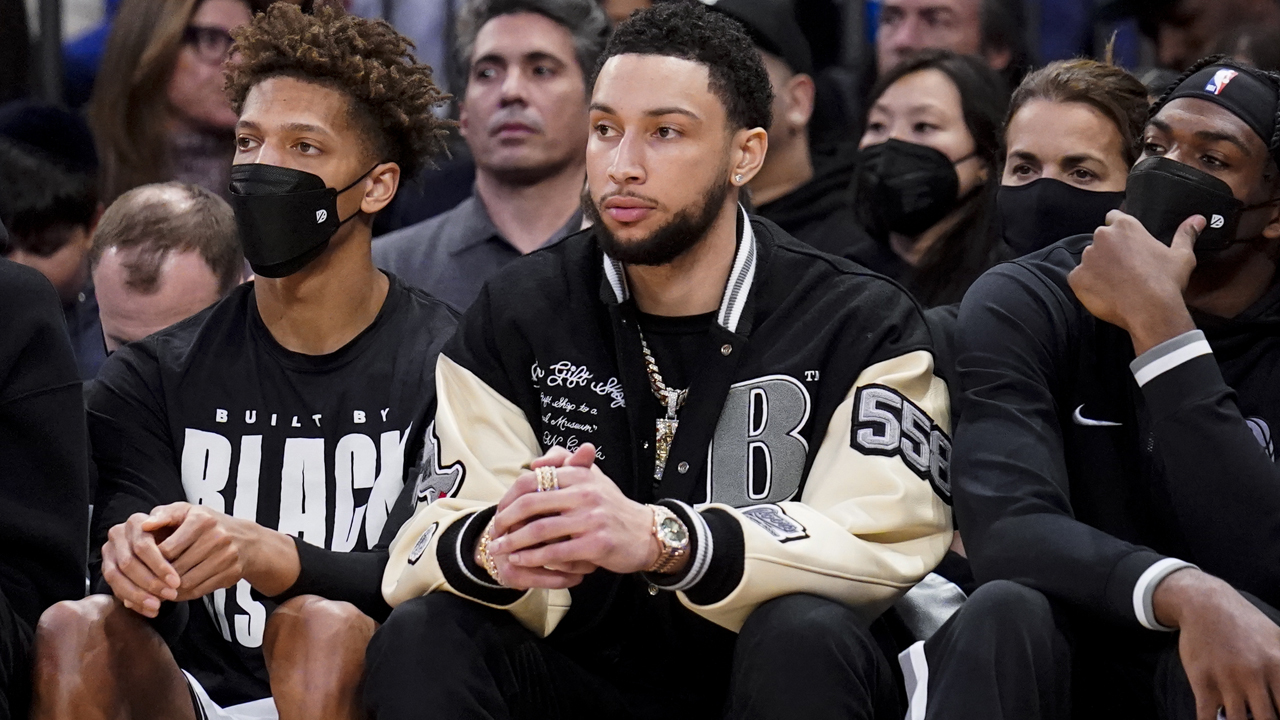 Brooklyn Nets forward Ben Simmons sits on the bench during the second half of an NBA basketball game against the New York Knicks, Wednesday, Feb. 16, 2022, in New York.

As far as when Simmons might be able to play again, that is a question that still does not have a clear-cut answer. Simmons was optimistic about playing in Philadelphia during his introductory news conference, but he has been dealing with back soreness over the last week and a half as he tries to get closer to playing again for the first time in over nine months. Simmons still hasn't been cleared to practice and it is unclear when he will be able to do so.


The Nets' next formal practice is scheduled for Saturday in Brooklyn.

"It's to be determined," Nash said. "I think he's progressing this week, but I don't know what that means as far as Saturday. So he'll see us [Wednesday] in Philly. I don't think he's ready for 5-on-5 basketball but he's improving, working out, and he'll join us in Philly, and a few good days of rehab."

RELATED: James Harden has Sixers playing at their peak, fans at fever pitch

Veteran Nets guard Goran Dragic knows the atmosphere in Philadelphia will likely be intense, but he doesn't think Simmons will have an issue with it.

"It's probably not going to be pleasant," Dragic said. "The same as in Toronto [for me], but it is what it is. We're all professional athletes. At the end of the day it's only boos so you just go out there and perform and try to do your best. But as long as it's nothing serious, no throwing things and just be verbal, I don't care."


Drummond echoed a similar sentiment in regard to being back in Philadelphia.

"It will be a playoff-like atmosphere," Drummond said. "I think just based off the trade and us playing them again and obviously with the Ben situation it's just two teams that have a good chance of seeing each other in the Eastern Conference finals. So it's going to be a good game."

Drummond figures to play a little more than usual over the next few games given that Nash said center LaMarcus Aldridge will be out at least the next two games after having an MRI on his hip. The Nets come into Tuesday's game against the Charlotte Hornets with a 32-33 record, tied with the Hornets for eighth place in the Eastern Conference. They have lost 17 of their last 20 games.

Despite what's going on in the standings, Nash knows much of the focus Thursday will be on Simmons' return to Philadelphia.