Bensalem police identify remains of woman who went missing in 1992

With the help of DNA comparison testing, the remains were identified as Merrybeth Hodgkinson of Warminster.
WPVI
By 6abc Digital Staff 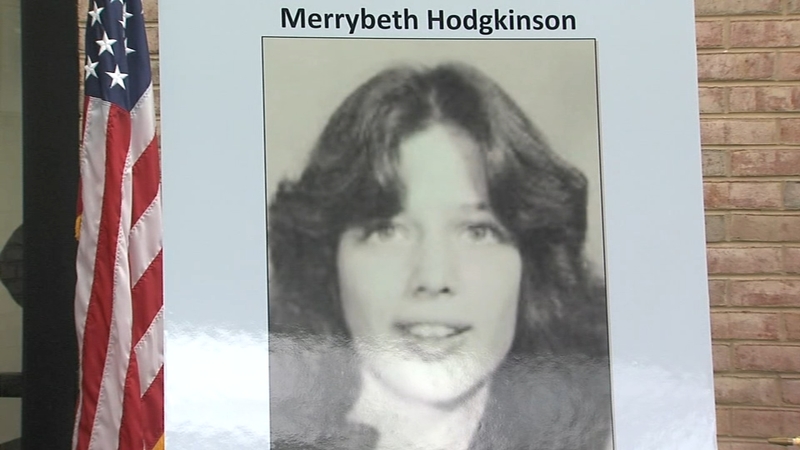 Bensalem police identify remains of woman who went missing in 1992

BENSALEM, Pennsylvania (WPVI) -- Officials in Bensalem, Pennsylvania have identified remains that were found behind a diner more than 25 years ago, officials announced Tuesday.

According to police, skeletal remains of a woman were found wrapped in a tarp behind the Club House Diner on Street Road on Sept. 18, 1995.

The cause of death was ruled a homicide and investigators said the body had been there for about two to three years. She was buried in Telford under the name Jane Doe.

In 2004, Bensalem police exhumed her remains and sent them to the University of North Texas Center for Human Identification where a DNA profile was extracted and uploaded into the CODIS system in an attempt to identify her.

Last month, a lab uploaded the profile into GEDmatch and FamilytreeDNA.com.

With the help of DNA comparison testing and genealogy research, the remains have been identified as Merrybeth Hodgkinson of Warminster, Pennsylvania.

Police said Hodgkinson vanished in 1992 after visiting family in Warminster. She was about 31 years old and worked as an exotic dancer in Bucks County.