Donnie Reed was arraigned and remanded to the Bucks County Correctional Facility on a $1 million bail.
WPVI
By 6abc Digital Staff and Katie Katro 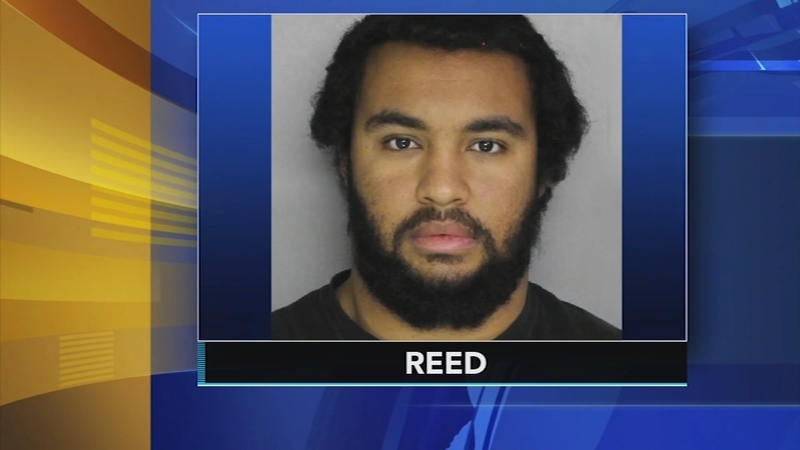 Investigators say 27-year-old Donnie Reed of Philadelphia was sending explicit videos of himself to underage teenagers and urging them to send the same to him.

During the investigation, the juvenile victims stated that Reed started to make inappropriate comments when they were 14 and 15 years old.

Police said the messages started friendly and then turned sexual.

Reed is accused of sending sexual Snapchat messages when they were underage teenagers.

Police said they began their investigation in early October of this year.

"He also was explicit and very graphic in what he wanted to do to these 13, 14, and 15-year-old girls. Over the period, what we found was happening over a couple of years, 2019-20 and 21," said Fred Harran, director of public safety for the Bensalem Township Police Department.

Reed was a teaching assistant at Bensalem High School. At the time, he also coached the basketball and football teams.

He was charged with unlawful contact with a minor, sexual abuse of children, corruption of a minor and other related offenses.

Reed was arraigned on these charges and remanded to the Bucks County Correctional Facility on $1 million bail.

"The safety and well-being of our students is always our highest priority at Bensalem Township School District.

As soon as we learned of the situation being investigated, we removed the individual from his work and coaching duties and all interactions with students. He was immediately placed on leave.

At the time of his hiring, all required background checks were clear. Because this is a personnel matter and an active investigation, we cannot comment at this time. Counseling services are available to all students who may wish to discuss this matter."

Students Action News spoke with said they're both shocked and disturbed.

"I think it's crazy because he was our football coach. Like we didn't expect it from him, he was like a good guy in the school, like someone we looked up to," said Ashton Barnes, a senior at Bensalem High School.

Officials say there may be more victims out there and ask anyone with information to contact them.