These 4 shows announce return to Broadway this September 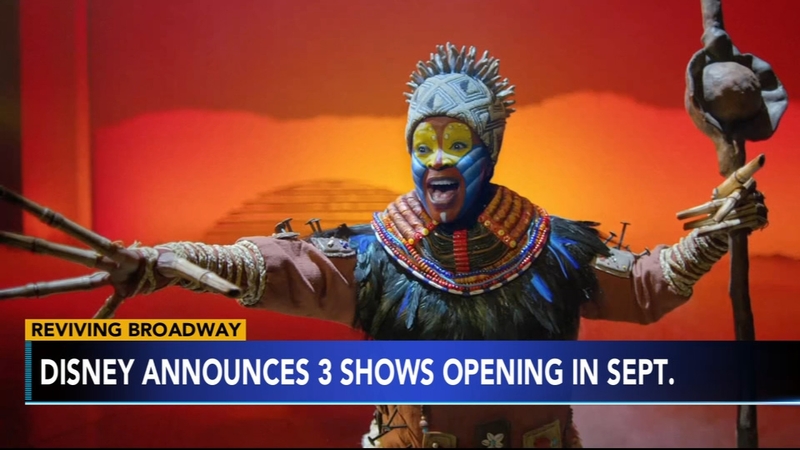 These 4 shows announce return to Broadway this September

NEW YORK CITY (WPVI) -- It's finally a sign of hope for one of the hardest-hit industries in this pandemic.

The curtains will rise once again on Broadway in September.

On Tuesday, four shows announced live on Good Morning America that tickets are now on sale. It's a major moment for members of the theatrical community.

Close to 100,000 people were out of work the moment those stages went dark last March.

Our Alicia Vitarelli had a chance to chat with the stars of two of the beloved shows. They are simply beaming at the thought of those bright lights. That includes Michael James Scott, who plays Genie in 'Aladdin.'

"We are talking about returning to Broadway," Scott exclaims. "This is the best wish of all, truly. We still have work to do, lots of work to do, but this is the start of that."

'Hamilton,' 'Wicked,' 'Aladdin' and 'The Lion King' announced Tuesday they'll be back in September, 18 months after the curtains fell.

Scott says just being back in Times Square was emotional.

L. Steven Taylor is Mufasa in 'The Lion King.'

For all Disney on Broadway shows, our parent company is covering all extra fees, so you're just paying for the price of the ticket itself.