The storm took the neighborhood by surprise as some streets quickly filled with water.
WPVI
By Trish Hartman 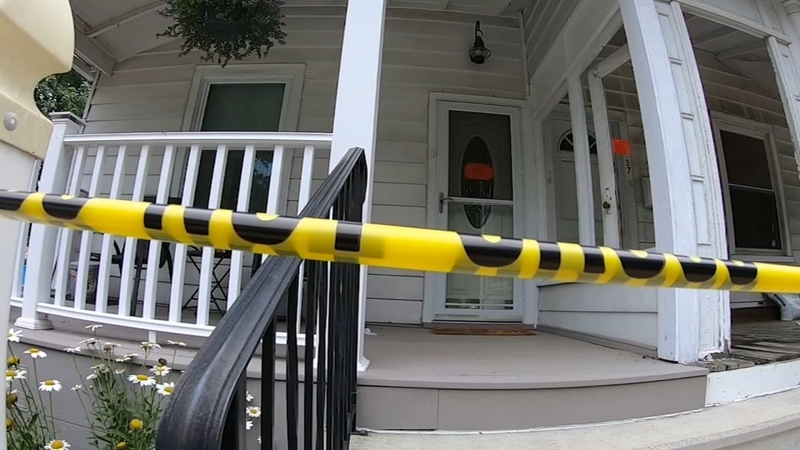 Some had to quickly flee as flood waters rose in Burlington Co.

RIVERSIDE, New Jersey (WPVI) -- Officials in Burlington County, New Jersey say there were no serious injuries from Monday's storm and flash flooding, but 12 rescues were made in the county as water rose up higher and quicker than many expected.

Many calls were for flooded basements and residences.

Armand King says it was at the height of the storm in Riverside, N.J. when he heard a crash, and then later, someone at his door.

"As I'm coming down the stairs there's pounding on the door and the fire department - there's some guys here telling me I have to leave," said King. "They said you got five minutes to get whatever you can get and get out of the house."

The reason? Water had washed away part of the foundation of his neighbor's basement, which is the other half of his twin home on Spring Garden Street.

Both sides of the home were labeled unsafe to enter after the storm.

"My side is sound and secure. I guess they're afraid the house is going to fall that way or something," said King.

The storm took the neighborhood by surprise as some streets quickly filled with water, leaving debris behind.

"This was shocking because it only rained for 45 mins so this was crazy, this was bizarre," said Shirley Ann Warthen of Riverside.

RELATED: Parts of Bucks County condominium complex may be "totally gone" after flood


In Edgewater Park, the storm left streets filled with water in Silver Park West, a 55 and over community.

On Tuesday, water was pumped out of the neighborhood into a retaining basin. Residents were relieved the water didn't come up any higher.

"It was up to here, and it looked like if it wasn't going to stop it would come in the back patio door," said resident Ruth Davis, who said she stayed up late nervously waiting the water rise in her backyard.

"The thundering and lightning just kept going and the rain was like torrential, torrential rain," said Sally Hagy of Edgewater Park.