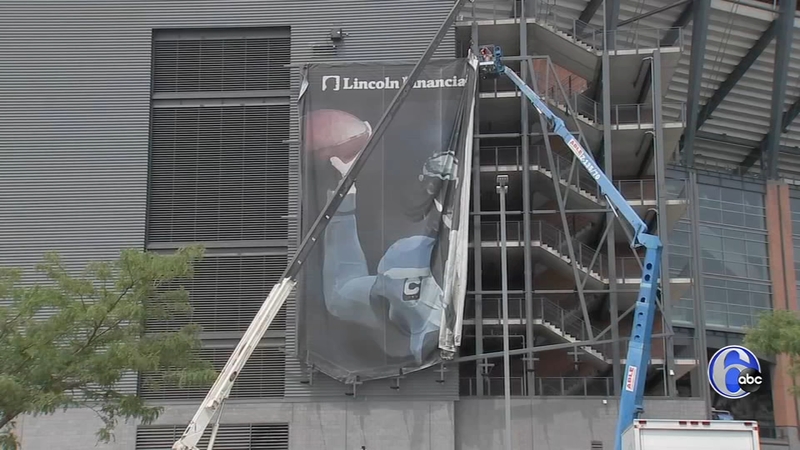 Carson Wentz banner removed from outside the Linc

The banner on the side of the stadium displaying the former Philadelphia Eagles starting quarterback was taken down from its post in South Philadelphia.

The Action Cam was there as workers used cranes and heavy equipment to remove the gigantic poster of No. 11.

The Indianapolis Colts had some fun with that fact Carson Wentz was no longer celebrating July 4th as a Philadelphia Eagle.

They rolled up the quarterback's image and lowered it to the ground, officially putting the Carson Wentz era to rest.

The Eagles selected Wentz with the No. 2 overall pick in 2016.

In February of this year, they traded their former star QB to Indianapolis. But the banner remained, greeting all who drove past on I-95. 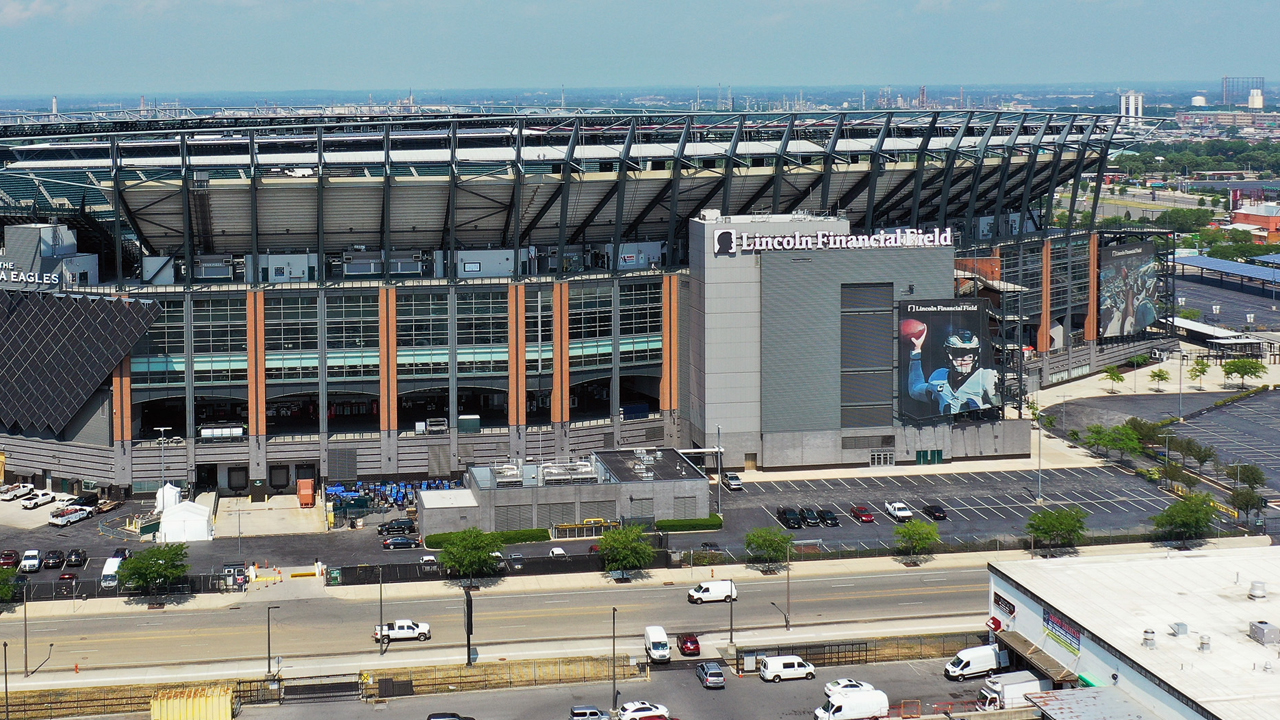 In an aerial view from a drone, this is a general view of the Lincoln Financial Field on July 6, 2020 in Philadelphia, Pennsylvania.

A month after being traded, Wentz spoke about his time with the Birds during his introductory press conference with the Colts.

"I'm not going to sugarcoat it -- it wasn't fun," Wentz said in his first comments since the trade. "It's not fun when things were going well for years and all those things. ... As a man, you have to
look yourself in the mirror and learn from it and become a better man, better player. It wasn't fun, it was difficult, but I did everything I could to be supportive of Jalen [Hurts] and my teammates."

Wentz was benched in favor of the rookie Hurts during Week 13 game against the Green Bay Packers last season.

The 28-year-old also commented on reports that he wasn't a good teammate in Philadelphia.

While commenting on his past with Philly, Wentz looked forward to a future in Indianapolis and rejoining his former offensive coordinator turned Colts coach Frank Reich.

Carson Wentz may no longer be with the Eagles but he's still supporting his biggest fans in the Philadelphia region.