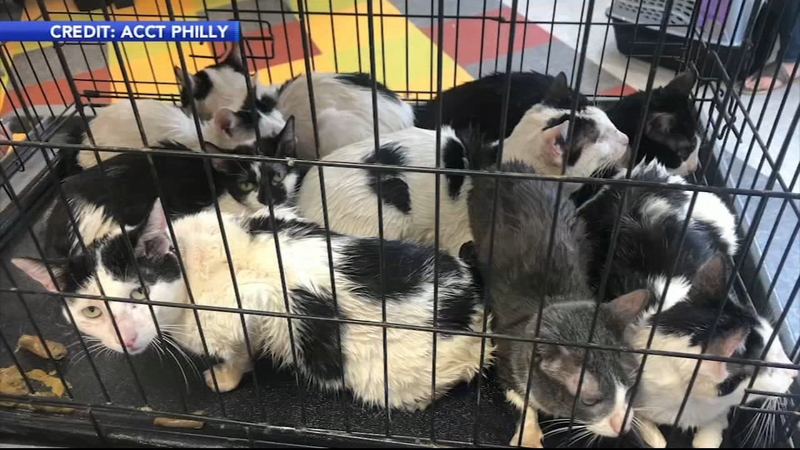 PHILADELPHIA -- A contractor was taking down the wall of an abandoned home when he said a kitten fell out.

He figured there might be more so he started taking a closer look.

Over the course of eight hours, he found a total of nine adult cats and seven kittens.

The animals were found covered in their own filth, and unfortunately, one kitten did not survive.

It is not known how the cats got inside the walls.

He took the cats in two crates to the Philadelphia's Animal Care and Control Team.

"Thankfully, (the contractor) was able to get them out and bring them to us - but it took eight hours to do so. We're so glad that he did, as quite a few aren't in great shape, and sadly, one of the kittens was not able to be saved," ACCT Philly said in a Facebook post Sunday.

ACCT says the felines wouldn't have made it much longer if they hadn't been found.

"They owe their lives to the contractor who saved them and brought them to us," ACCT Philly said.

The organization says the cats are scared and will need help with socialization.

"But they are only some of the more than 40 cats we took in today, and we know that more will be coming through our doors tomorrow and every day," ACCT Philly said.

The animal center is looking for donations, and wants to hear from anyone interested in fostering one of the pets.