On Wednesday, the city launched a crop of bike patrol members working a night shift from 3 p.m. to 11 p.m.
WPVI
By Annie McCormick 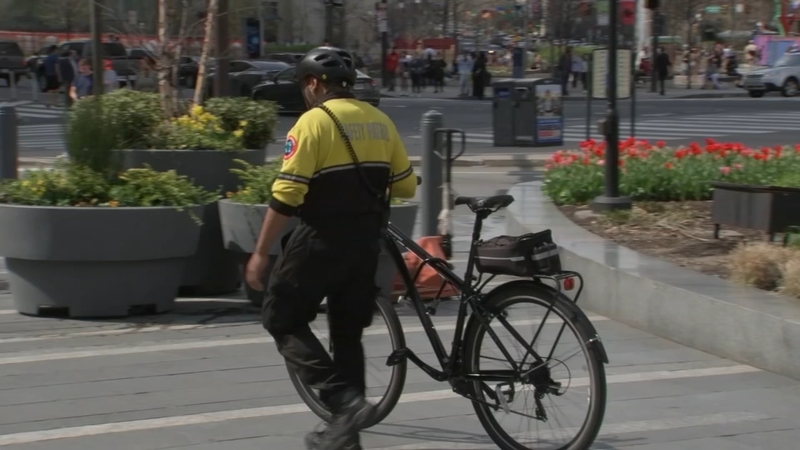 "Our goal is to have double coverage of the evening rush hour for workers who are leaving. And most important, our deployment will be in the arts and entertainment district," said Paul Levy who heads the Center City District.

The new unit coincides with Philadelphia police's push to clean up crime in the ninth district in response to frustration and fear from the community and business owners plagued with rising violent crime and nuisance crimes.

Business owners said it was impacting tourists and people coming in from outside of the city. 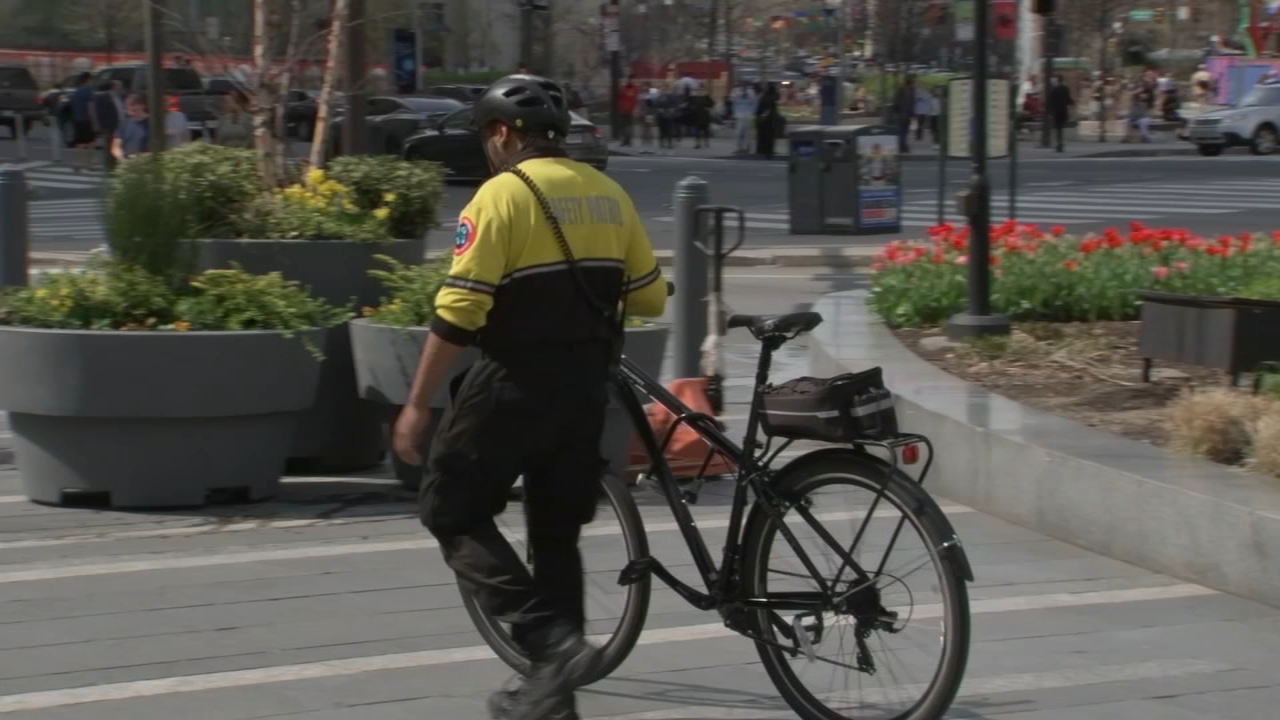 "Their biggest complaint was they didn't feel safe and felt uncomfortable walking around, especially Walnut, Chestnut, Locust (streets), so we created a small grid," said Captain Colleen Billups who heads the ninth district.

"What we decided to do was a hard push that started two weeks ago to really clean up some of that behavior at the request of the community and business owners down here," added Billups.

That input came from community meetings attended by residents and business owners who watched as crime grew in the area throughout the pandemic. That crime includes armed carjackings, robberies and shootings.

"They felt they were losing money, businesses were closing, they couldn't sustain what had hit us two years prior," said Billups. "A lot of the businesses were telling us they were pushing their employees to come back to work full-time, so we really wanted to assist and help and get that going and make Center City look as beautiful as it did before."

"They're not in an enforcement capacity, but it is a visibility presence just to make people feel safe," said Billups.

The new ninth district initiative will expand to Poplar Streets in the coming weeks. Currently, patrols cover Broad Street to the Schuylkill River from west to east.