Police say a 14-year-old boy was returning to his brother's vehicle in the parking lot when he was approached by the suspect.
WPVI
By 6abc Digital Staff 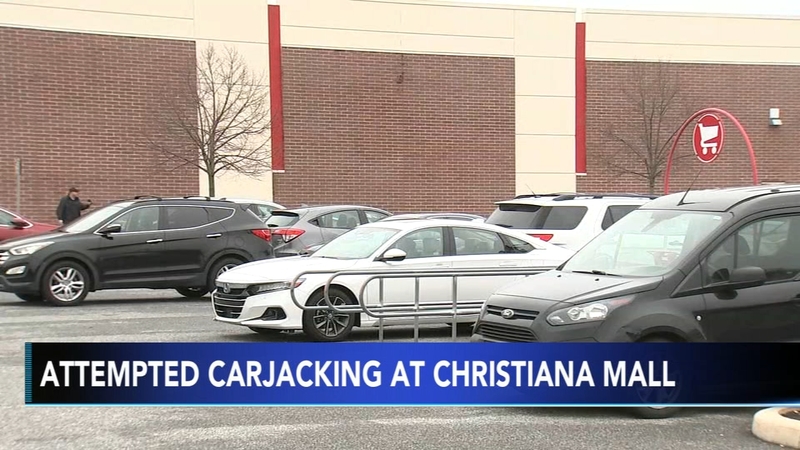 NEWARK, Delaware (WPVI) -- A 16-year-old male has been arrested for an attempted robbery following an attempted carjacking at the Christiana Mall in late March, Delaware State Police announced Friday.

The teen has been charged with attempted robbery 2nd degree.

The above video is from a previous report.

The incident occurred around 7:25 p.m. on Wednesday, March 23 in the parking lot of the Target at the Christiana Mall in Newark, New Castle County.

Police say a 14-year-old boy was returning to his brother's vehicle in the parking lot when he was approached by the suspect.

The suspect told the victim to give him everything, police said.

The victim attempted to run away, but fell to the ground.

Police said the 16-year-old suspect stood overtop the victim, took his keys and demanded him to get in the vehicle.

Police said the victim refused and ran into the food court of the mall.

The vehicle was later located in the parking lot running with the doors open.

The victim was not injured in the incident.

Police said their investigation led troopers to identify the 16-year-old as the suspect.

He turned himself into Troop 2 on Thursday.